Bowl Selection Sunday is just around the corner, and here's an analysis of what Bowls the Tigers SHOULD play in.

Share All sharing options for: ANALYSIS: Which Bowl Does LSU Really Deserve?

Awrite, Tigah fans, you come to ATVS for the truth, and I'm gonna give it straight to you. No ponytails, no soy-rizo, this is the real deal right here. God's honest, "let me tell you how I really feel" truth about the LSU bowl situation and where this team TRULY belongs. No purple and gold shades. No biased, "Oh put us in da BCS cuz we LSU and we travel, y'all!" nonsense. I'm talking résumé vs. résumé, mano-e-mano, just how good is Leslie Miles and this LSU football squad. So let's get right into it. 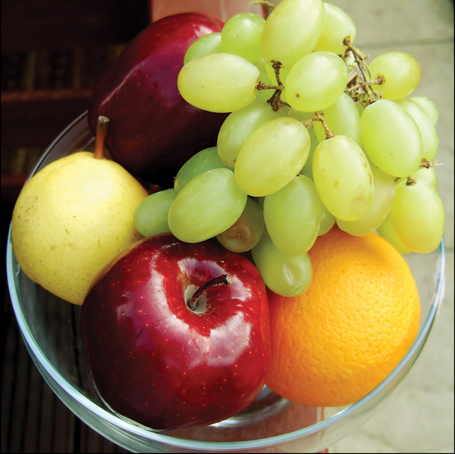 Look, SOURCES say, this bowl is looking for something fresh. They've seen the same ole run around teams the past few years and this year, they are LOOKING for a new group of fans to bring a little zest, if yaknowwutimean. My SOURCE also says they are HEAVILY favoring da Tigahs, complete with hot boudin and cold couscous to poosh, poosh, poosh them right over the top. 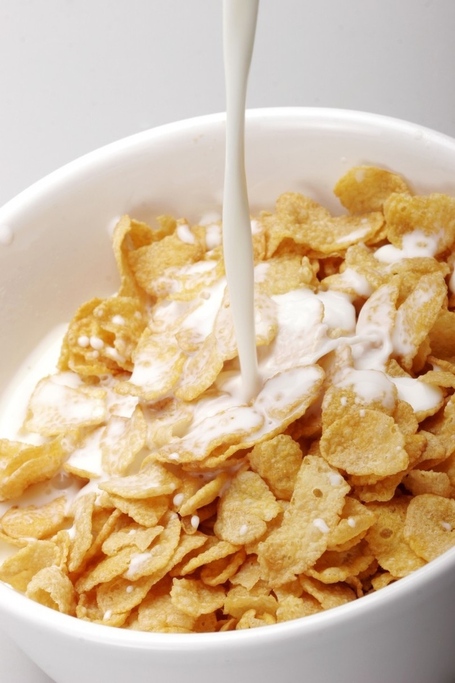 While the lamestream media continues to try and take away our freedoms, the Cereal Bowl just keeps battling to overcome the oppression. A once legendary destination for the best teams in the country, the Cereal Bowl is now resigned to take middle-of-December brawls between the likes of Marshall and Tennessee A&M University. The Cereal Bowl would LOVE to re-establish their reputation by hosting a team as prestigious and noteworthy as da Bayou Bengal Tigahs, perhaps even pairing them up with a true in-state rivalry, like Tulane. 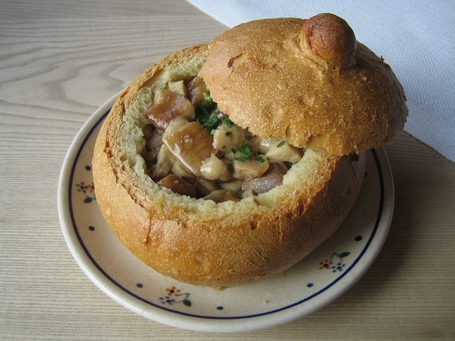 Da Bread Bowl is historically renowned for being a soft and delicious host to some hot competition. What better way to digest some steaming football action than with a chewy, gooey vehicle, like bread. Who then, could be any hotter, than the Purple and Gold stew of Baton Rouge? The Bread Bowl has a want and Les Miles has the Grass Soup recipe they crave. And what would be appealing for LSU in this deal, you ask? Well, it reportedly comes with a million-dollars worth of bread bowls in payment. 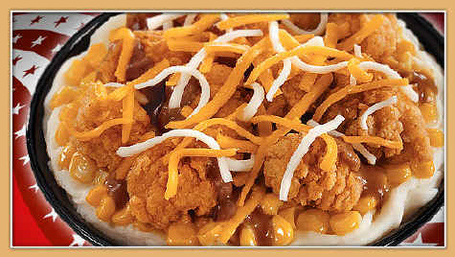 Just look at that delicious mound of disgusting shit. Just what exactly is that, you ask? That's some concoction that Colonel Sanders dreamed up as he soused a bottle of Heaven Hill, because that's all you can afford when your restaurant chains are now married to Taco Bell. Horse anus. Literally horse anus. What else could it possibly be?

"Yes, I'll take a two piece, extra crispy, some mashed potatoes and a fiery Doritos Loco Taco because I hate myself."

Cheap, disgusting and most likely illegal, the KFC Famous Bowl is the destination dream scenario for true football addicts. Lovers of fast and easy football, can throw themselves upon the mercy of our bloody eyeballs. Forgive us father, for we have sinned, and our punishment is to play Ole Miss again in perpetuity for 100 million years unending. 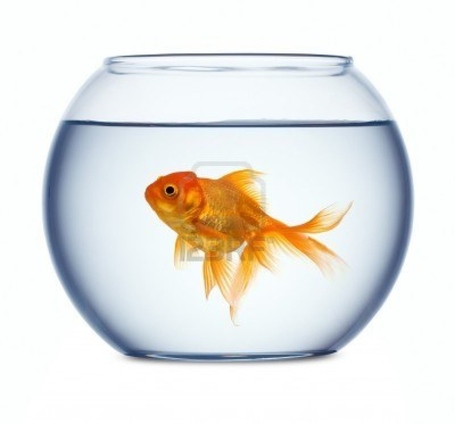 One of the best things about being a parent is that you are legally authorized to lie to your children. Yes, who amongst us hasn't flushed the floating scaly corpse of a former "family pet" right on down the pooper to protect their child's innocence? "Oh little Timmy can't handle death, he's only four and he'll be so devastated that his little fuck face fish that he hasn't looked at in three days is dead." Little Timmy is an asshole and PETA hates him.

So too, is the Fish Bowl a place where dreams go to die. 7-4 with wins over Citadel, Cal State Poly and Tecumseh University of the Ozarks? Bowl eligible. Fish Bowl eligible. Here, go drown in misery with some colorful rocks and food that resembles red pepper flakes. 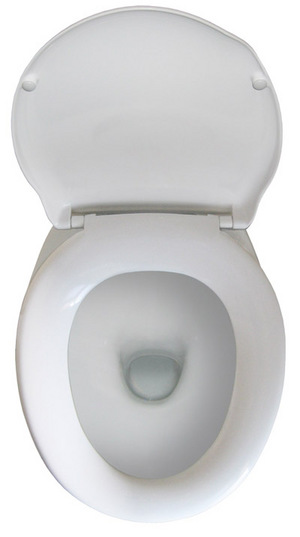 So what are the bowl tie-ins for the Toilet Bowl, you ask? Well, there are none. Instead it's a questionnaire, and while they don't publicly disclose such information, we here at ATVS got our hands on a few of the questions.

1) Do You Hate Yourself?