What is an Iowa Hawkeye?

A brief history lesson about the Iowa Hawkeyes as LSU prepared to play an unfamiliar opponent on New Year's Day.

Share All sharing options for: What is an Iowa Hawkeye?

The Outback Bowl is still 24 days away, but it's never too early to begin preparing. Knowing your opponent is essential any time you step onto the field, and with an out of conference foe that LSU hasn't seen in nearly a decade, some early preparation is essential. While I'm not a coach, I am a blogger, and I consider it my utmost responsibility to educate the masses. As such, I've gone to great research lengths to unearth the question, "What is an Iowa Hawkeye?"

First, we can rightly assume the "Iowa" distinction is specifically regional. Like the Malayan Tiger, the Phillipine Eagle, or the Siberian Husky, tossing a specific region onto the label signifies that it is unique to them. So what do we know about Iowa?

Well, geographically it belongs to the Corn Belt, a group of Midwestern states without specific attribution, so basically "a little of this, a little of that, oh fuck it we all grow crops right here in the middle of the country." Wikipedia tells me it once belonged to New France, which means it shares the distinction of once being the same thing we were, until Thomas Jefferson was like, "Aw, shit Napoleon, I'll take that off your hands for a couple of buckets of spit." And the American people were all, "BUT THE CONSTITUTION" and Jefferson was like, "LOL WUT?"

Iowa, like Louisiana, didn't entirely shuck their French roots though, plopping down the capital and naming it "Des Moines*," as it persists today, the 88th most populous metropolitan area in the U S of A. Population density just ain't their thing. But Iowa's still growing in a very quiet and reserved Iowan type of way, even outpacing the rest of the States as a whole rate wise. Really, they are still there, just like they always have been, quiet and persistent. So that's Iowa, a state that looks like a brainless man turned to his left.

*Even if they ridiculously call it Dez Mo-Nay.

This is distinctly more difficult to answer. Let's survey our options. 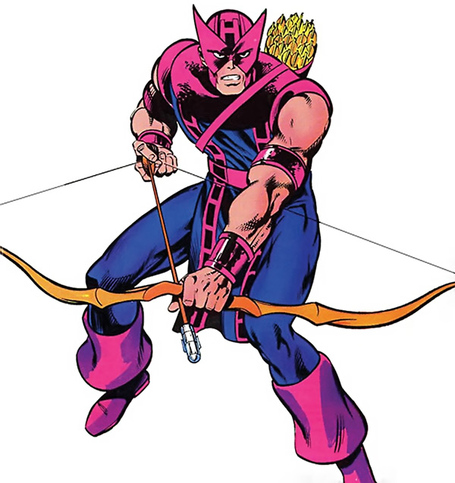 Hawkeye was an arrow-wielding, purple-and-blue wearing sonuvabitch who was born in, you guessed it, Iowa. He apparently ran around as a circus attraction before seeing Iron Man in action and then decided he wanted to be a super hero. In other words, a pretty typical upbringing for someone from Iowa. He ran around with the Avengers, but unlike the others he wasn't "super.," which is such an Iowa-way to be a hero: just a normal dude who worked really hard to get where he is today. He's also apparently deaf and inspiring.

While there's no doubt this would make a fine school mascot, the color schemes do not mesh, and he's only existed since 1964. Iowa was not only already playing football then, under the moniker "Hawkeyes," they were unduly bad, which is likely what prompted Stan Lee to develop a character from Iowa. We all need our hope.*

A general rule of thumb about liquor is that if it's sold in a plastic bottle, it likely tastes like ass. This just seems like an evil trick from people in Missouri, who distill this shit. "Hey, let's mash some grains, put it in a bottle and sell it to Iowans and make a cheap buck off branding." I guess it's worked, in so far as I can tell, they are expanding.

So, do Iowans drink this non-local horse piss? I'd like to think they are smarter than that, but then again, they are probably running out of creative ways to make it through another season with Kirk Ferentz.*

So no, this is quite obviously not the inspiration for the Hawkeyes.

*NOTE TO SELF: Investigate beginning a Kick Starter campaign for red-tinted liquors under the brand "Rawl Tahd Lick Hers." 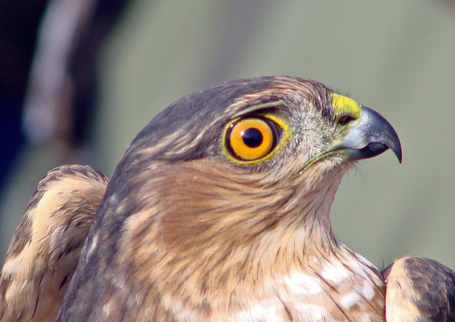 Well, it's yellow and black, so I'm sure color schemes have been drawn from lesser causes, but there's really no other explanation. Hawks are noted for sharp vision, so I guess if that's the angle, power to ya. We are the Tigers because we wreck shit from a young age (WARNING: A bit gruesome), but if you wanna be known cause you fuckin' see sharp, go right ahead. I'm just saying, on the intimidation scale, vision probably ranks slightly ahead of the Tree, but behind the Quakers. 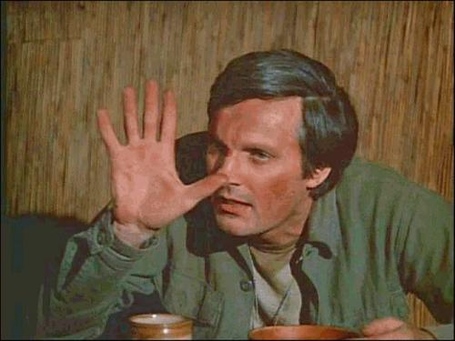 M*A*S*H was a novel AND a film before it was ever a television series, but no one really cares to remember either of those things. M*A*S*H, the t.v. series is one of the greatest American television accomplishments, and is adored by millions, not the least of which was my Bibilical Ethics professor, Dr. Warren McWilliams. Dr. McWilliams found creative ways to use the show to illustrate complex ethical questions, but he also went to Vanderbilt and often borrowed 1,000 page books from fellow professors, only to return them the next day, completely read. That's neither here nor there, but only to illustrate that the show could be adequately described as "smart television." It's one of those shows that outgrew it's tv-dom and truly penetrated mainstream cultural awareness.

And Hawkeye Pierce was the center of it all. Sure, it's an ensemble, but Hawkeye is the single character that appeared in every episode. He was a loose cannon surgeon, not haunted by the trappings of military hrumpff, who loved his booze and loved his women. And we all loved him for it.

But the name Hawkeye points backward... which may be getting us closer... 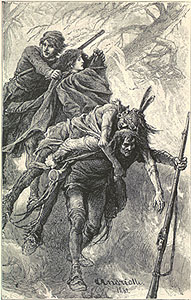 Hawkeye from M*A*S*H took his nickname from the Last of the Mohicans, a James Fenimore Cooper novel, which is actually apart of a larger group of works titled the Leatherstocking Tales. The main protagonist is Natty Bumppo, or Hawkeye, or Leatherstocking or the Pathfinder, or the Deer Slayer, or the man who cornered the market on cool fuckin' nicknames.

My guess is that Natty Bumppo was way fuckin' cooler on paper than The Last of the Mohicans, the 1992 film, made him out to be. Bumppo was a white dude who adapted Native American principles, becoming trained in all manner of weapons, most notably, the long rifle. He hunted only for what he needed and lived by the motto, "One shot, one kill," which Kirk Ferentz has not so humorously adapted as the motto for Iowa Football: "One punt, one kill."

I've actually read The Deerslayer, though I can't remember much of it, but not The Last of the Mohicans, which would explain why I was completely unaware of the name origin, beyond my general stupidity. Somewhere betwixt the two novels he picked up a new nickname... and from that so spun many, many cultural references.

Not the least of which... 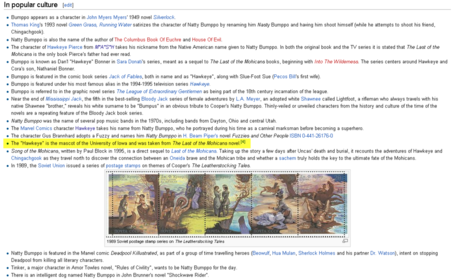 But it's not just the university, as the state itself has adapted the nickname of "The Hawkeye State." But then it gets a little confusing. Iowa, the state, attributes the nickname to Chief Black Hawk, an actual historical figure, who fought in the War of 1812. The nickname was approved in 1838, though Iowa wouldn't become a state until 1846. 59 days later, In 1847, the University of Iowa was founded. But rather than staying lock-step with the state that bears their name,  the leaders of the university were like, "Fuck that shit, give me my fictional bad ass." Thus they became the "Iowa Hawkeyes."

So my question then, is why are they the Hawkeyes? I mean, it sounds pretty fuckin' cool, but why warp history, ya know? We all hate calling it the Chic-Fil-A Bowl, so much so that we just don't do it. That's the Peach Bowl with a nickname. A shitty one, at that. But just 'cause Hawkeyes is a cool nickname, doesn't mean the principle should change. I get the impression Natty Bumppo wouldn't be down with that either. So, henceforth, I shall refer to you as the Iowa Natty Bumppo's. And as far as I know, Natty Bumppo ain't never killed no damn Tigers.