My dad has never been a hunter, so having game around to cook was never anything I grew up with, though I've always loved deer, duck, rabbit, etc... Of course, marrying into a West Monroe family has changed the frequency with which I get to enjoy it.

So one day, I decided to cook some of the deer meat that's been sitting in my freezer, courtesy of my father-in-law, along with some sausage, courtesy of a friend. I know sauce piquante well enough, but I've never made it with deer, so I decided to throw it all together and do it big.

Fun fact: deer, despite being pretty damn good, can be pretty tough, so cooking it with a nice, rich gravy or in a stew can help make it a lot more palatable (who know that a wild animal running around to find food and evade predators would be way leaner than one raised in a pasture?). So a spicy red gravy like sauce piquante (which again, is pronounced PEE-CAWN and means "like a sticker to your tongue) is perfect. Especially when it's as cold as it's been in Baton Rouge this weekend. This one is particularly hearty, but I have to say that it came out pretty damn good.

Notes: I improvised this one from a couple sources - the seasoning mix is from Paul Prudhomme's Louisiana Kitchen, but the rest was from some things I had around the house. Namely, some leftover jarred spaghetti sauce and garlic puree that was a result of leftover garlic pods from a crawfish boil. You can go with that if you like, or just use canned tomato sauce and minced garlic, whatever works for you.

1. Combine the salt, black pepper, red pepper, white pepper, onion and garlic powders and thyme in a small bowl and set aside.

2. Now's as good a time as any for a roux-fresher. Wait...that's bad...come back to me later, I can do better. Anyways, a roux is the backbone for almost any stew, especially Creole/Cajun ones, and a sauce piquante is no different. As we're working with oil and flour here, this would be a Cajun roux. Creole ones work with butter (New Orleans Creoles had access to these luxuries much more so than the country folk, hence the difference).

a. Heat 1 cup of vegetable oil in a large Dutch oven. If you're new to this, work at low-to-medium heat.

b. Add 1 cup of flour and stir well with a wooden or metal spoon until the mixture is even and smooth with no clumps. DO NOT USE PLASTIC AS IT WILL MELT. Stir the mixture constantly as it cooks and turns the appropriate color for your dish. Seafood or red meat dishes generally use a lighter color roux, but sauce piquante's usually call for a darker brown roux. Remember, if any part of the roux scorches and turns black, it has to get pitched. And be careful, this stuff is really hot and if it splatters it will stick to your skin. I've done this enough times to work pretty quickly on a higher heat, but I don't recommend that if you're a novice. 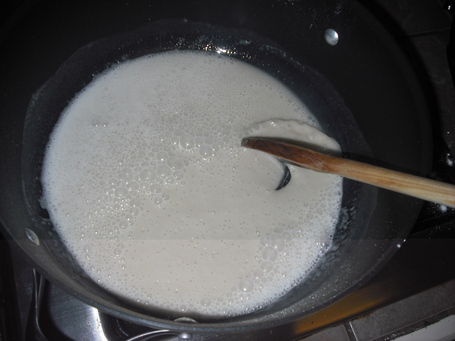 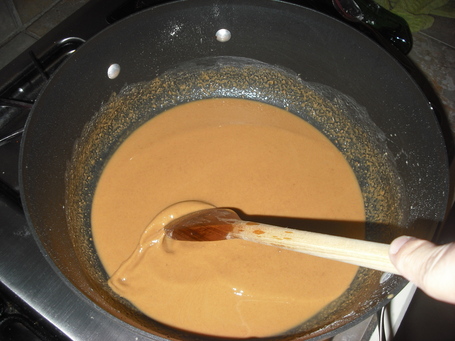 3. Once the roux is at the appropriate color, add the diced onions, bell pepper and celery. For a dark brown roux, you can shoot for a dark peanut butter/caramel color, because it'll darken slightly once the vegetable mixture is in, though the vegetables will largely stop the cooking process. Stir the roux/vegetable mixture until everything is wilted, then add the 3 bay leaves.

4. Stir in the diced tomatoes, followed by the paste and sauce. Give it a couple of minutes to make sure everything is good and combined. 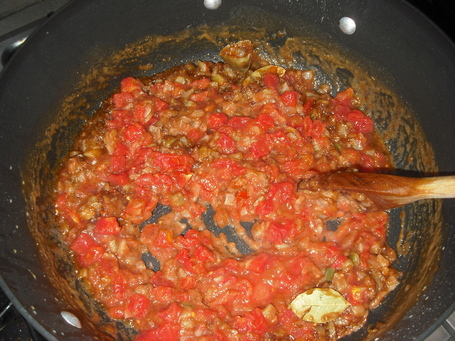 5. Add the stock slowly, while stirring, to make sure that mixture mixes well. Once it's reached a sauce-like consistency, add the wine, garlic and Worcestershire. Increase heat and bring the mixture to a boil for about 10-15 minutes to let the flavors marry, stirring occasionally.

6. Add the deer meat and sausage. Return the mixture to a boil, then reduce to simmer and add the combined seasoning mix. 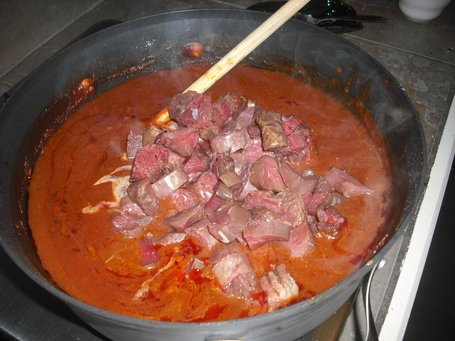 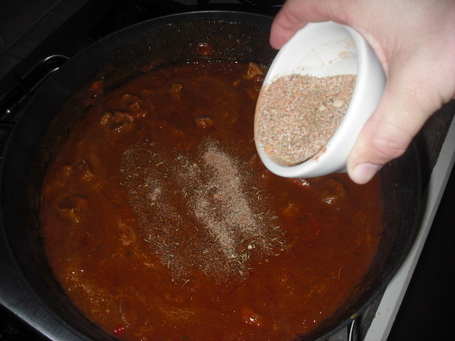 7. Allow the mixture to simmer for at least an hour, adding the diced jalapenos about halfway through. If you're feeling brave, I suggest leaving a few seeds/ribs in with the jalapenos. The seasoning mix should be plenty hot enough, but when it comes to spice I'm of the opinion that either you pee-can handle it, or you pee-can't (GET IT!). 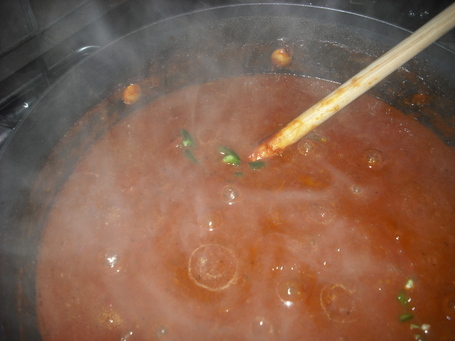 8. Serve over rice or pasta. This recipe will serve 10-12 people pretty easily. 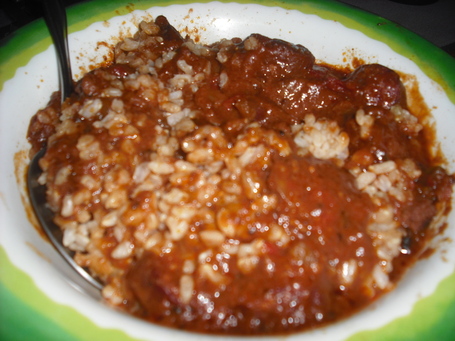