LSU's truly abysmal out of conference schedule hits its nadir this weekend, as the Tigers host the Brown Bears for two games before playing Nichols State. Brown is a wonderful institution of higher learning, but they have a pretty terrible baseball team, even by Ivy League standards. Brown hasn't played a game all year, so this is their 2013 season opener. Of course, if LSU were not permitted to play games in mid-February, that would clearly level the playing field and the Bears would be in Omaha within a few years. Woo, uniform start date! 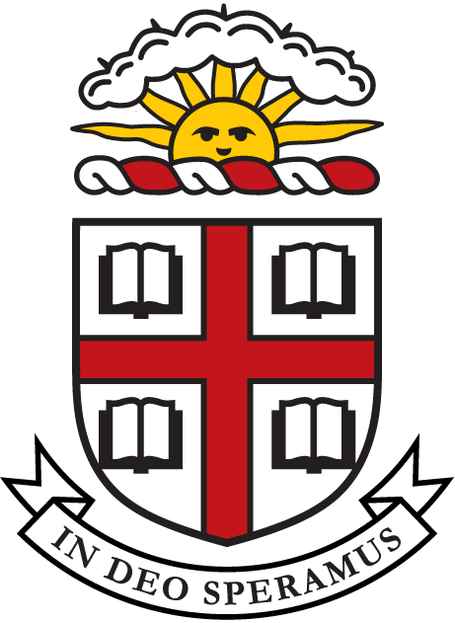 Oh yeah, and Gordon Wood is on the faculty. I try and cap this list at 10, but Brown's been around for a few centuries, so I went to 25. Besides, I had to get my usual amount of trolling and actually impressive accomplishment in there. Look, counted among their alumni are a signatory of the Declaration of Independence and an actual Revolutionary War general. It's hard to compete with that. They also have some surprisingly awesome bloggers in there. But no US presidents or Supreme Court Justices. What is up with that, Brown? You slacking compared to your Ivy brethren?

Also among Brown's distinguished alumni is the band, the Low Anthem. The Low Anthem are one of the greatest bands on the planet, not to oversell it or anything. They are all pretty talented musicians, but they take the extra step in their quest for traditional instrumentation and have refurbished a World War I era organ. Oh, and they have a lead clarinet player. The band switches up instruments a lot and incorporates more normal instruments like guitar and bass, as well as oddball choices like a saw. Yes, a saw. But one of the most amazing things I've ever seen at a show is when the band asked the audience to take out our cellphones and call each other. By whistling into the phone, it eventually created a feedback loop which created an effect that sounded like crickets chirping. Wait, here is a video of This God Damn House by the Low Anthem:

Go download all of their albums. Go see them live. They are amazing.

I'm taking a bit of a stab in the dark here. These three are all returning starters, but I haven't heard them announce the rotation yet. It could be any combination of these guys, or maybe a dark horse from the bullpen. Looking at the numbers, you would hope they have someone in the pen who might be able to help. Only Galan had a positive K/BB ratio last season, so it's not like those ERA's are misleading. This staff got roughed up early and often last year, and I'm not sure a year of experience is going to cure what ails them.

Actually, those are some encouraging numbers there. Sheridan is also a threat on the bases and originally won his job as a defensive replacement. None of these guys are likely going to show up on a Major League roster in the future, but they are perfectly good college hitters. Slaughter has some pop, and that's always scary with the cozy dimensions of Alex Box. If BYU can hit the ball out of the yard, Brown certainly can, too. They return some high average hitters who have decent pop. It also seems like most of their best hitters from last year are returning, so this is a pretty deep and experienced lineup. They might be intimidated by the biggest crowd they will likely ever play in front of, but they probably have the best possible roster to deal with the crazies. I don't expect that we will see a return of Gorilla Ball this weekend or anything, but I would not be surprised to see Brown put up some runs and make at least one of their two games competitive with their ability to put up a crooked number.

They are a delicious, meaty tenderloin thrown into Mike's cage. Brown won nine games last year. Nine. I expect they will be better this year by simply returning a bunch of players and having some good in-game experience, but there is a massive talent gap between these two teams. LSU's worst everyday regular would not only start for Brown, but hit in the middle of the order. None of Brown's starters would likely start for LSU, though I'm sure each of the three hitters mentioned could find some decent playing time, particularly Sheridan as a pinch runner. And Slaughter's power translates anywhere. He's not Mason Katz, but he might have the ability to push Alex Edward to the bench if he traded teams. But other than that, this is an LSU team that holds an advantage at literally every position.

This is where I make the usual caveat that in one game, anything can happen. A couple of hits strung together spark a rally, maybe a pitcher gets wild, and Brown has the offense to slay Goliath. It's not likely, but it wouldn't be unheard of. It was just last year Appalachian State came into the Box and took two of three from LSU. Brown will only get two cracks at LSU, but it's not like winning a game in some impossibility. It's just really, really unlikely. Brown was one of the worst teams in all of college baseball last year, and LSU is currently ranked ninth in the country. You do the math.