Oh, Greenies. How much enjoyment have we derived from your suffering? Quite a bit, actually. The baseball rivalry has cooled a bit from the peaks it achieved last decade when the Greenies were routinely ranked and contending for Omaha and LSU was coached by Smoke. While I think Smoke gets a bad rap around these parts, one of the nails in his coffin was the narrowing of the gap between our two programs.

Well, dominance re-asserted. LSU has won 8 of the last 10, and the Greenies haven't beaten LSU since 2010. The gap between the program's overall quality has never been wider, as Tulane has not made the NCAA tournament since 2008. LSU has won a national title since then, and is in the conversation for another one this year, but that's a long way off. Still, this is our biggest in-state rival, and it's always fun to travel to New Orleans to kick their butts. 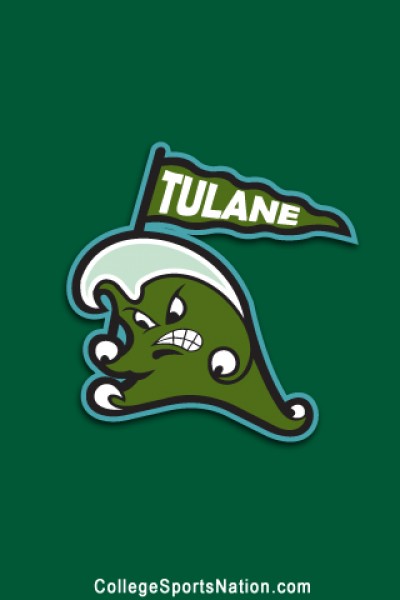 Barton W.B. Jahncke (gold medal in sailing, which is the most Tulane thing ever)

They claim some Nobel Prize winners, but those were honorary degrees, not actual alumni. I'm not counting it. Still, Tulane is a good school. They have a guy in the Space Hall of Fame, which I didn't even know existed, but I'm happier now that I know it does.

As we all know, New Orleans is a hotspot for super cool music. And there's plenty of artists who just mean "Louisiana" to me. I was gonna go with Residents, but it turns out they were formed in Shreveport, which as we all know, is not New Orleans and is barely even Louisiana. It's like the DMZ between Louisiana, Arkansas, and Texas. Instead, I'll go with another band that carries the flag as one of the most New Orleans bands on earth: Galactic - "Heart of Steel"

Wilson gets his second start of the year, and his first midweek start. He's a transfer from LSU-E and has gotten a lot of work out of the pen, appearing in 10 games so far. His one start was a no-decision in which he got knocked around a bit, but he's been generally effective this season, if not all that spectacular. He does miss bats, which is what you need to do against LSU's potent lineup.

Surprising everyone, Sean Potkay has been Tulane's best hitter by far in the early goings of the season. He's getting on base at a good clip and he's hitting for some pretty good power (2 HR, 11 2B). Cannizaro was a Preseason All-Conference player who has scuffled a bit, and he's been yo yo'ed back and forth between 2nd and 3rd as Rick Jones tries to find someone who can carry either job. Boudreaux is what he is: a no-power, all-speed guy who is, honestly, pretty fun to watch. He's the slappiest of slap hitters, and he used his speed to get on base and be a general nuisance once he gets on. As a team, Tulane is hitting 249/339/331, which is pretty terrible. That's an almost total lack of power, and they don't exactly make up for it by getting on a ton. They run a fair amount, but at 16 for 26, they aren't particularly good at it. This is a team that struggles to score runs, though they did find it in themselves to score 16 runs in a three-game series with Alabama, which the Wave won 2 games to 1. Roll Tide.

Have you ever just had a bad feeling about a game? Tulane gets LSU at home, which is an edge, and they've been outperforming their numbers all year. They have a positive record despite a negative runs scored ratio. They beat Alabama. They have a winning conference record. They have a solid pitcher on the mound and they are playing in Turchin, which is built more for their speed style of game. My Spidey sense is tingling, and...

NOTE: The game does get TV carriage on Cox Sports, but be aware of a radio programming change: Baseball will be carried ONLY on 98.1fm in Baton Rouge tonight, with the rest of the stations on the LSU radio network carrying the women's basketball team playing Penn St for a trip to the Sweet 16.