At least we're above .500 if we combine the records.

Let's make something very clear: Privateers are not pirates. A privateer is a person authorized by the government by letters of marquee to attack foreign shipping during wartime. That's right, you have to apply for license to be a privateer. Blackbeard didn't need your permission to be a badass*

*OK, Blackbeard likely served as a privateer early in his life before he set out on his own. But that's my point, privateers are lame versions of pirates.

Privateers are a cheap ass way to raise a navy, and a bad navy at that. A bunch of privateers would get their butts kicked in by a decent navy or armada. Which is sort of how things played out. It's a way for a legitimate government to engage in piracy yet still maintain plausible deniability. That's right, I'm calling the Sea Dogs a bunch of poseurs.

PodKATT asked me to crack some pirate jokes. Ain't happening. I'll save those when we play some real pirates, not the cheap knock off version.

Hey, at least they are undefeated in conference play. UNO is also being outscored by a greater than two to one rate. That's not good. 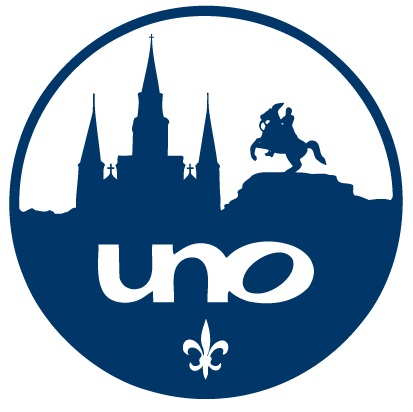 Much cooler. Today's logo looks like it was made by a focus group. That old one looks like someone had an idea and then created it. Once again, old logos are better.

Ervin Johnson (the second most famous basketball player with that name)

Editor's Note: While he eventually got his B.S. at FIU, UNO was home for 2 seasons to Noted Baseball Enthusiast Paul Mainieri

Well, that worked well, didn't it? That's a seamless transition if ever I saw one. New Orleans is of course home to the best music and food in the entire world. I know it, you know it, everyone else knows it even if they pretend they don't. Hey, New Orleans is awesome. Please don't move there or you will ruin it. It is the perfect hipster city. I mean, it's super cool, knows it's super cool, yet everyone is okay with it because of how super cool it is. Usually, there's nothing worse than proclaiming your coolness, but New Orleans gets a pass because it's New Orleans. That attitude pretty much sums up Frank Ocean, who is officially the R&B Artist Hipsters Like. Frank Ocean - Novacane.

We get UNO's ace because it's not like they will save him for a league game. This is actually good practice for LSU: facing a lesser team's best pitcher. Come tourney time, teams are going to throw their aces at LSU on day one, to narrow the gap between the teams. Get used to facing good pitchers from here on out.

Those are their three best hitters. I'm not making it up. They are the top three in AVF and SLG, while Damiens is 4th on the team in SLG among starters. They hit 228/305/296 as a team, which is pretty darn bad. This is not a good team.

We're the Spanish Armada. Heck, even a real pirate like Blackbeard was killed by authorities and his surviving crew was hanged and their bodies left to rot. This will be the baseball equivalent of that.