LSU looks to bounce back

It's a big series. Florida is a national power and the national TV cameras are rolling in to catch the action. This is LSU's biggest series of the year to date, as the Tigers look to bounce back after their first series loss of the year. Hopefully, we'll actually play the games instead of watch the Doppler radar.

We've got two this week: 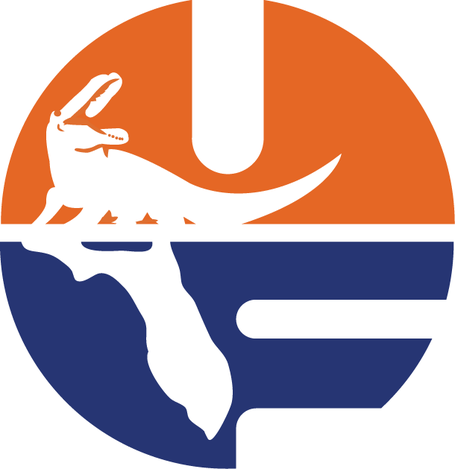 It's not popular, but I love this logo. The 80s were a disastrous time for graphic design, but I really like the rounded UF logo with the state of florida reflecting off of the gator. It's one of the few 80s logos that looks good, and not in a kitschy 80s way. 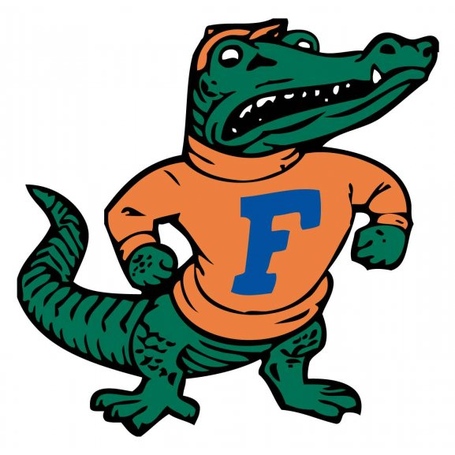 We need more logos in which the mascot wears a college sweater bearing another logo. Albert's got schools spirit, y'all.

Bill Nelson (astronaut and US Senator, but not at the same time)

Gainesville's contributions to pop culture begin and end with Tom Petty and the Heartbreakers, but he's not nearly pretentious enough for this feature. Though he still puts on a good show and you should go see him and probably download a copy of Damn the Torpedoes if you don't already own it. So, instead we'll dip our toes back in the ska pool because, hey, I like 90s ska a lot. Bite me. Less Than Jake is one of the giants of the scene, and they are still making music and touring today, though they are not as great as they were in their heyday. College baseball has grown as a sport since I first started following it. It used to be nearly impossible to get scores at all, and now we have games on ESPN, which is super cool. Don't get confused: this is better. Selling out to the Man has been great for the sports, but it's still a sellout. Less Than Jake - Johnny Quest Thinks We're Sellouts:

Johnny Magliozzi is the team's best pitcher, but he's also their closer. That's symbolic for the Gators, who have a very strong pen to go with a rather questionable rotation. Young hasn't officially been named the Game 3 starter yet, but he was the Game 1 starter last weekend, so I'm making an educated guess. This is a throw it up against the wall and see what sticks kind of rotation, as the Gators have really struggled to find consistent starting pitching this season. It also helps explain their early season struggles in the SEC.

The Gators' lineup isn't that impressive at the top, but it is extremely deep. It's a lot like the pitching in that the team's depth covers up the lack of an elite performer and makes the team a serious threat. There are no easy outs, even if there is no terrifying middle of the order. That's not to say the middle of the order stinks or anything. Gushue and Turgeon both bring home run power with every plate appearance, and Shafer and Ramjit are well-rounded hitters who can beat you in a lot of ways. Bader is a terror on the basepaths, stealing 9 bases this season. You'd almost rather face a top heavy lineup because you get to take a breath for two innings, waiting for the middle of the order to come back up. The Gators can hurt you 1 through 9.

The biggest threat this weekend is rain. The Thursday game is already in danger, and both team's are moving their Sunday starters to tonight's game, just to make sure their ace doesn't get washed out. LSU needs to bounce back from its first series loss of the season, while Florida has been rallying back from a slow start all throughout April. While LSU has clearly had the better overall year, Florida might be playing better baseball right now. I hate to call this a "must win" series, but LSU really could use a bounce back series after falling to South Carolina and seeing their air of invincibility punctured. This team doesn't have the swagger it had three weeks ago, and it could use a big series win to start going into postseason Destroy Mode. This is the toughest series remaining on the Tigers' schedule and I'll admit it... I'm pretty worried about how this weekend turns out.