Share All sharing options for: Cookin' ATVS Style: Something Simple

I've talked about River Road recipes before, and it's a great cookbook because there really is just a great variety, plus its fairly small and condensed, whereas some of my others are basically coffee-table books (my wife loves those). Another reason is that there's a great section in the back called "How Men Cook," with a lot of short, basic recipes, many of which can feed a crowd.

And it occurs to me, that most of what I do here is usually really involved (my wife, who is impatient, does not like this aspect of them), so maybe it's time to come post a few that are quick and easy. Because we've all had that long day at work. You get home, the last thing you really want to do is cook anyway, so you try and throw something together as fast as you can. So here's two very quick marinades that you can throw on really quick, allow to sit for 30-45 minutes, and throw on the grill or in the oven.

1. I'm a big fan of flattening chicken breasts with a mallet if you have the time, especially when marinating them. Frozen ones almost always have odd widths to them, and having them one even width helps them marinate, and cook, evenly. So do that and then season with salt, pepper and granulated garlic. Rub it into the breasts (snicker) well. 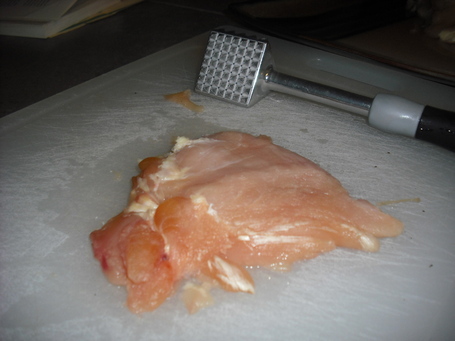 2. Place the breasts in a Ziploc bag, rub the rosemary leaves off the sprigs into the bag, and then coat with the lemon juice. Seal well and make sure the breasts are well-coated. Refrigerate for at least a half-hour or so (longer is better, obviously, but we're in a hurry here). 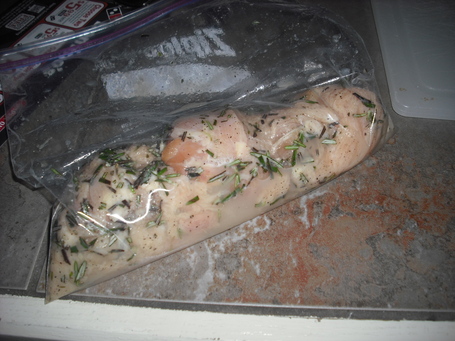 3. Grill as you typically would chicken. 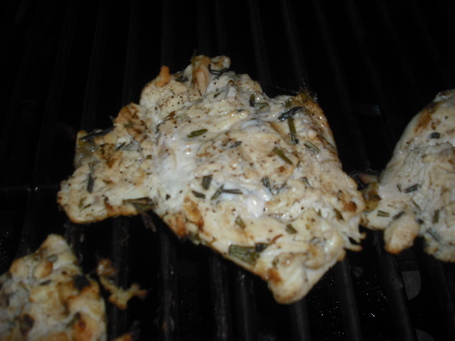 Steak (I used a pound-and-a-half London broil, because it was cheap -- do as you will)
1 12-oz bottle of amber-colored beer (I used Dos Equis Amber, because A) I'm interesting and B) it was Cinco de Mayo)
1 lime
Salt (preferably kosher), pepper & garlic powder to taste 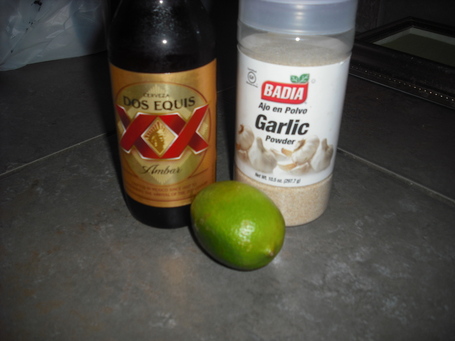 1. Same deal as the beef -- rub your meat (phrasing, boom) well with the salt, pepper and garlic powder.

2. Place in a Ziploc bag. Halve the lime, juice it into the bag, then slice up the halves and throw them in. Cover with the beer, seal well and allow to sit for a good 45 minutes or so. 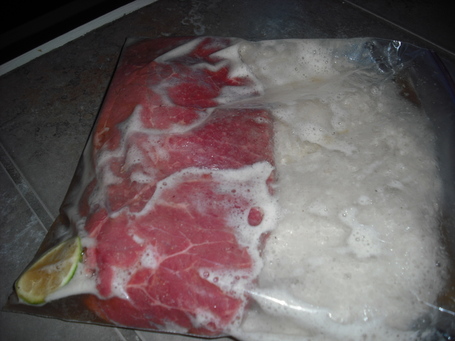 3. Grill to your desired temperature. This marinade works really well for fajitas. 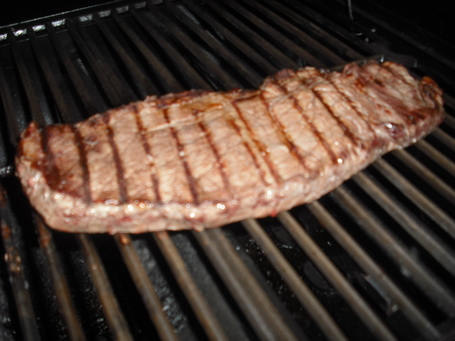 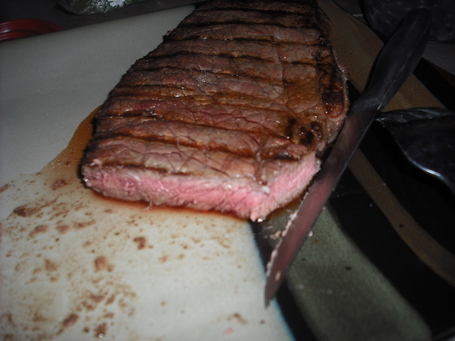