Getting an in-depth look at the Bruins from one of their own fans.

There's no better way to get a handle on a team than to ask someone who's been watching them all year. We chatted with Ryan Rosenblatt (no relation) of Bruins Nation to find out about UCLA.

PodKATT: As of this moment, UCLA will be starting Adam Plutko against LSU's ace Aaron Nola. Just looking at a stat sheet, UCLA's other big arm Nick Vander Tuig appears to be a marginally better starter. In last week's draft Vander Tuig went much earlier than Plutko (though to be fair most pre-draft reports I read had Plutko going much earlier) What do you think is the reason Plutko is starting and do you agree with the strategy?

Ryan Rosenblatt: Vander Tuig has been better than Plutko this season and if he doesn't have better pure stuff, he's certainly more projectable, but there is no doubt that UCLA wants Plutko on the mound against LSU. He's been the Bruins' ace for two years now and is as tough as they come. More than anything, though, he's been absolutely amazing in big games throughout his career and has never been awed by the moment.

Plutko threw six innings of shutout ball in his first start at UCLA, in the opening weekend of his freshman year and that was just a sign of what was to come for the uber-poised right-hander. He is 5-0 in six career postseason starts -- with his only non-decision coming last weekend when he left the game with the Bruins in front -- and has a miniscule 0.84 ERA. If the Bruins can have anyone take the ball in a big game, they want it to be Plutko.

PK: UCLA's offense isn't exactly high powered, and trails LSU in every offensive category, sometimes by a wide margin. Yet when I watched some of the Super Regional against Fullerton, the Bruins appear to be a very patient team that will wait for the opposition to make a mistake and then make the most of the opportunity. How would you characterize the Bruins offensive style at the plate?

RR: Patient is definitely one way to describe the UCLA offense, as is opportunistic, power-less and frustrating. The Bruins were dead last in the Pac-12 in batting average in the regular season, but were right in the middle of the conference in runs, which is a testament to their light hitting as well as their ability to work walks and move runners along.

If LSU plays good defense and doesn't walk or hit batters, UCLA will be in trouble. They feast on opponents' mistakes and, frankly, in college baseball that usually works. They got past Fullerton last weekend primarily by not making mistakes and turning every Fullerton mistake into runs. They'll crowd the plate, take pitches, go first to third and while they may not tally many hits, they have done a good job of picking them up on the rare occasions they have had men in scoring positions of late.

The UCLA offense shouldn't scare LSU. Every LSU walk, hit by pitch and error should.

PK: In this post Rosenblatt era, UCLA has had plenty of success since LSU last faced them in Los Angles, reaching the final title game in Rosenblatt and returning to Omaha again last season. For Tiger fans who haven't thought about (or maybe tried not to think about) UCLA since our last meeting, how has the program improved?

RR: The UCLA program is pretty much the same as it was in 2010 and that is what's most notable.

When UCLA and LSU met at the 2010 Regionals, the Bruins had only advanced to the College World Series twice ever. Since, they have been to Omaha three times, proving that they didn't just have one lucky year in 2010, as they did in 1997 and 1969, but that the program truly is elite for the first time ever.

After getting through LSU and the LA Regional, UCLA upended their nemesis Cal St. Fullerton in the Super Regionals. They won their first College World Series game in program history and went to the Championship Series. They hosted Regionals in 2011, 2012 and again this year after hosting a Regional for the first time ever in 2010 when LSU came to town.

The Bruins are still a pitching dominant program and offense can sometimes be a problem, but they are no longer perennial underachievers. They are the best program in Southern California, having unseated Cal St. Fullerton in 2010 and again this year, and are now an Omaha regular.

UCLA enters Sunday's game with more College World Series experience than LSU. You can debate whether experience really matters, but that the Bruins have more Omaha experience than the Tigers would have been unthinkable in 2010 and shows that the true growth in the UCLA program is simply maintaining their place as one of the nation's best for the first time ever.

PK: Looking at the Bruins schedule, their aren't any losses to really bad teams. I do see a few losses against great competition (loss to Oklahoma in LA, series home loss to Oregon St), but UCLA has been able to overcome that already, sweeping the Super Regional at Fullerton even though the opposite happened in the regular season. When things go wrong, how does someone beat UCLA?

RR: Teams that can pitch and catch with UCLA give them serious problems because their offense just isn't good enough to win games on their own. Fullerton was supposed to be the team that could do that to them, but they uncharacteristically kicked the ball around in the Super Regionals and UCLA took advantage to book their ticket to Omaha.

The Bruins aren't going to win a lot of games of "our best vs. your best" when they take on good teams, but they are at their best a lot more than other teams are.

PK: Any lingering injuries plaguing the Bruins coming into this weekend?

RR: None at all. UCLA heads to Omaha as healthy as they have been all season.

PK: Two outs, bottom of the ninth, down by one, win or go home. Who do you want at bat?

RR: Kevin Kramer. Pat Gallagher and Eric Filia have been hot, and Pat Valaika has the experience, but Kramer is the Bruins' best pure hitter, has been hitting around the .350 mark for the last couple months and is as cool and composed as they come.

PK: Do you see the Bruins making the Championship Series? 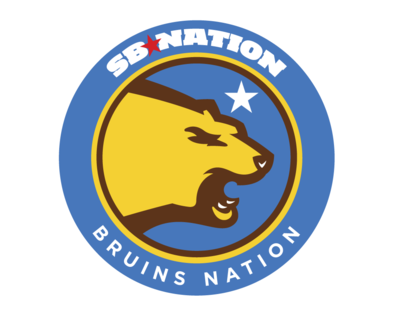