What if I told you LSU vs. Ole Miss could be nationally relevant? 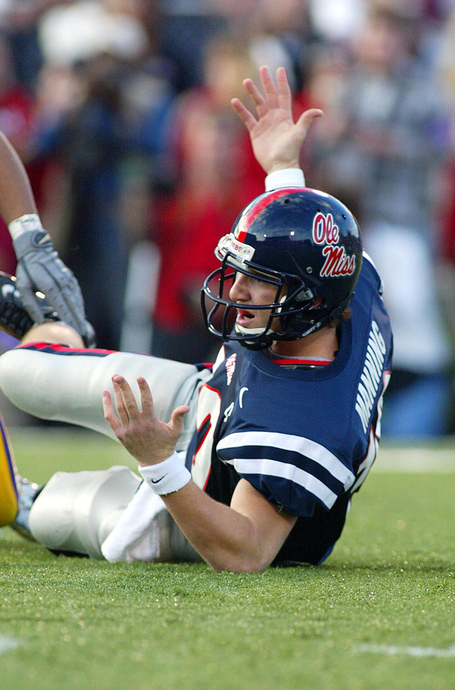 Funny thing about 2003 -- as much as LSU was rolling as November arrived, they still weren't in first place in the SEC West. Ole Miss was. The Eli Manning-led Rebels lost a pair of shootout non-conference games to Memphis and Texas Tech and then six-game winning streak, upsetting Florida and Auburn on the road, while scoring a home win over a ranked Arkansas squad. They had worked their way into the top 20, and suddenly had a legit shot at winning the division with No. 3 LSU coming to town.

Fun fact that people might not realize: Ole Miss had a bye-week while LSU was playing Alabama, and as a result there was quite a lot of Rebel beat media on hand for the LSU-Bama postgame. Asking Nick Saban about Ole Miss during the Alabama post-game did not go over well.

And the mood continued through the week, with a very prickly Monday press lunch and an even worse Wednesday conference. Remember when I mentioned that we in the local media learned to use that Wednesday presser as something of a team thermometer? Your intrepid student reporter expected to see a very tight group of Tigers on Saturday in Oxford. Saban was crapping diamonds. 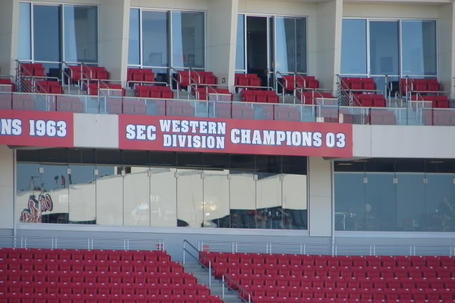