Sometimes these things don't quite turn out as well as you'd hoped.

When I talk about Cajun or Creole cooking to folks that aren't from around here, the one thing I always try to really impart is that the flavor really goes beyond spice and heat. I mean don't get me wrong, those things are great, but sometimes just the right herbs and garlic are enough, without that much pepper.

This week's recipe is kind of an example of that. It didn't come out great. Fine enough, but it needs a lot of work.

Note: the red wine I used was probably more than a week old, so that might have played a role in this not quite coming out that great. Either way, some salt, pepper and more garlic would've certainly help.

1. In a bowl, combine the wine, vinegar, onion, garlic, bay leaves and herbs and mix well.

2. Place the deer loin in a gallon-sized zip-lock bag, then pour the red wine marinade over it. Seal tightly and take out as much air as possible. Refrigerate for 12-24 hours, turning every couple hours. 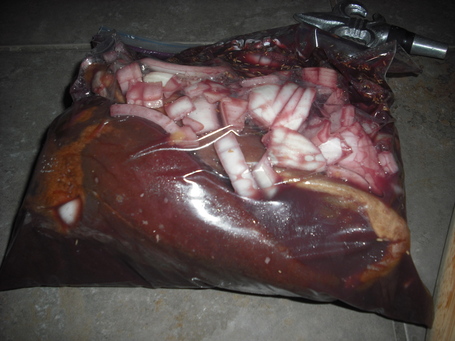 4. Remove the loins from the marinade, place on a rack in a roasting pan, and roast until cooked to taste, somewhere between an hour and a half to two hours. Mine dried out slightly. Reserve the marinade. 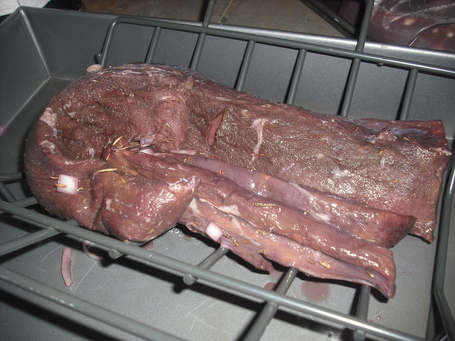 5. Towards the end of your cook time, place the marinade in an appropriately sized sauce pan and simmer until reduced by a third to a half, to serve over the deer. When you remove the venison from the oven, make sure you allow it to rest on a cutting board for 30 minutes or so before slicing. 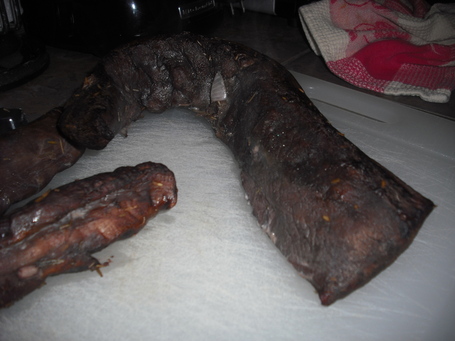 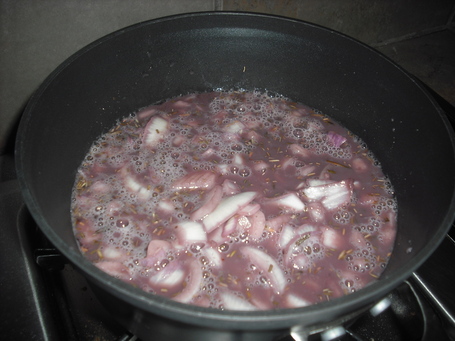 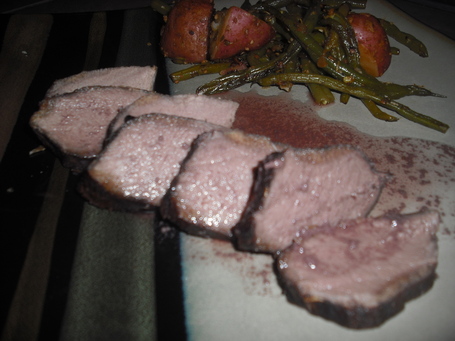 Serves about six. So tell me, how do you think you'd dress this up?