Well, one weekend of tailgating is in the books.  I wish I could honestly say we gave a flip about UAB and put a lot of effort into tailgating, but the atmosphere around campus was at a minor buzz at best.  People were excited for the home opener simply because it was the home opener.

I can safely report that the food and drinks were excellent.  I devoured as much back strap as I could get my greedy little hands on because that stuff is delicious and wonderful.  The daiquiris went down well with just about everyone and were very refreshing for such a stupidly hot day.  I won't comment on how many I had, but I sure made plenty throughout the day.  Out of the two rums we had, it seemed that there was an even split on people who preferred the Bayou Rum to the Sweet Crude Rum.  Also, while at CVS looking for something to mix the drinks in, we found this: 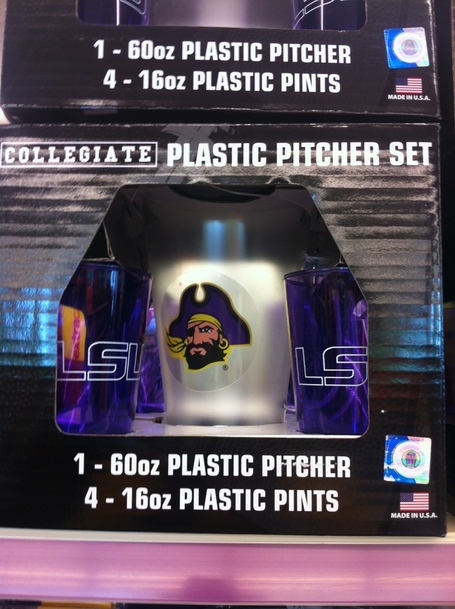 WOO PACKAGING FAIL.  Wait...LSU now has a loose connection to Skip Holtz because he once coached at ECU...KILL IT! KILL IT! BURN IT WITH FIRE NOW!!!!!! (I went to LA Tech for undergrad, so yeah, not happy) /End Rant

We moseyed over to the Team KATT tailgate after a while at ours, and things were happy, happy, happy over there.  If you haven't played battleshots yet, well, your liver thanks you.  Other than battleshots, the trip over there was a blur of screaming at the TCU/Southeastern game and eating boudin, which is a pretty fantastic time.

After all that goofing off not much happened.  It was one more daiquiri, a couple more beers, and head into the stadium.

Anyways, on to this week's festivities. 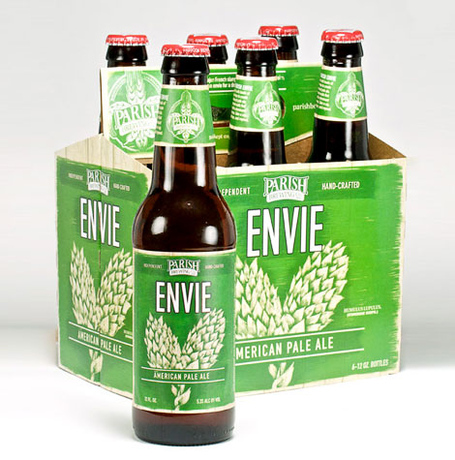 Last week's choice of Tin Roof Blonde hit the mark when I wasn't drinking daiquiris, but I found myself wanting something hoppier.  This beer should hit the note perfectly.  Envie is a traditional pale ale.  I haven't tried this one before, so it should be a bit of an adventure.  I'll report back on my findings.  It should be refreshing for what is going to be another hot day of tailgating (forecast is a high of 90 degrees).

Because I brought two bottles of rum to the tailgate, I still have plenty of left over rum.  Lots of beer drinkers at our tailgate apparently.  So here is another rum recipe.  Next week though, it's bourbon time.

Combine all this goodness with ice and shake well.  Then pour it into your cup and go.  Garnish with a lime if you want to stand out.

I have decided I'm not going to be a lazy scrub and not contribute any food.  So I'm going to pick up a couple of flank steaks and marinade them and then throw those suckers on the grill.  I think this recipe will do nicely.  I'll do this a lot if I get it right.

Kent St. is the first team from the MAC to make it to Tiger Stadium.  MACtion is one of the best things that we football fans are treated to on any given Thursday night during the football season.  MACtion is fun and the music against these guys should also be fun.  So, it's a ska kind of weekend because ska is fun and mindless.  Here is some Reel Big Fish.  Besides, it's a song about beer called "Beer."

That's it for me guys.  Let us know what your plans are for this week's tailgating festivities.