Starts at the 23:30 mark...Refers to the rain Saturday as " a very stiff, very wind‑driven dew"...is unconcerned about a Time of Possession disparity against UGA...doesn't think trying to rattle Aaron Murray, a QB with 45 starts, is the right approach...speaking on injuries: Trai Turner has just an ankle bruise, will play (was seen later in the day at player interviews hobbling in a boot) Anthony Johnson also just bruised, will play, Tahj Jones has "some rehabilitation that's going to need to take place there and some rest" would not comment further, but it sounds like he might be out this week...asked about the fake FG "A headache is what I got from it (smiling)"...believes the increase in offensive preformance this season in the SEC is due to improved QB play from more experienced QBs...would not rule out using Quentin Thomas, Mickey Johnson, Greg Gilmore, or Maquedius Bain on the defensive line this week...

On the Depth Chart this week: Jeremy Hill is elevated to the listed starter at RB with no OR tag, True Freshman Tre'Davious White has passed Jalen Collins for the second starting CB spot 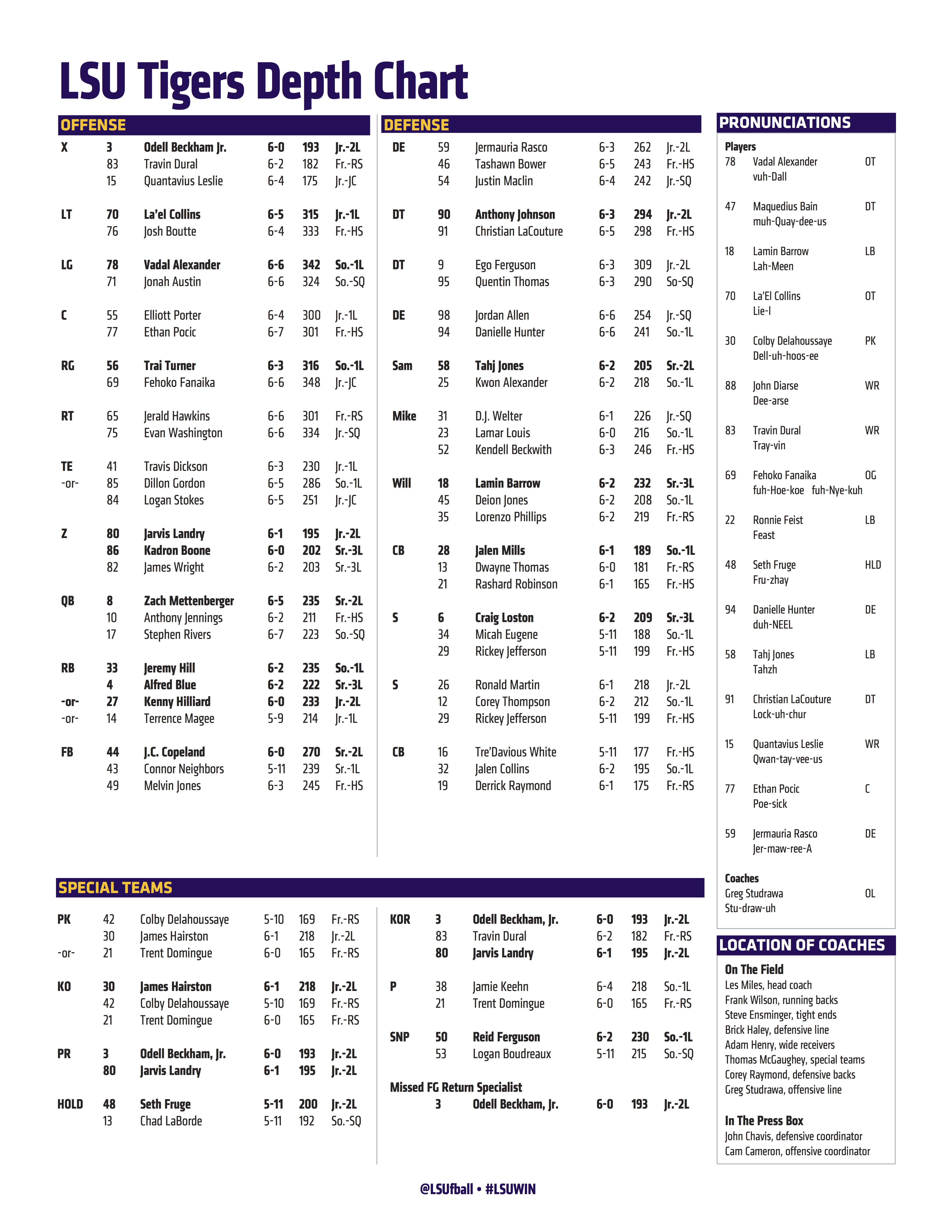 LSUSports.net - Football Game in Starkville to Kickoff at 6 p.m.