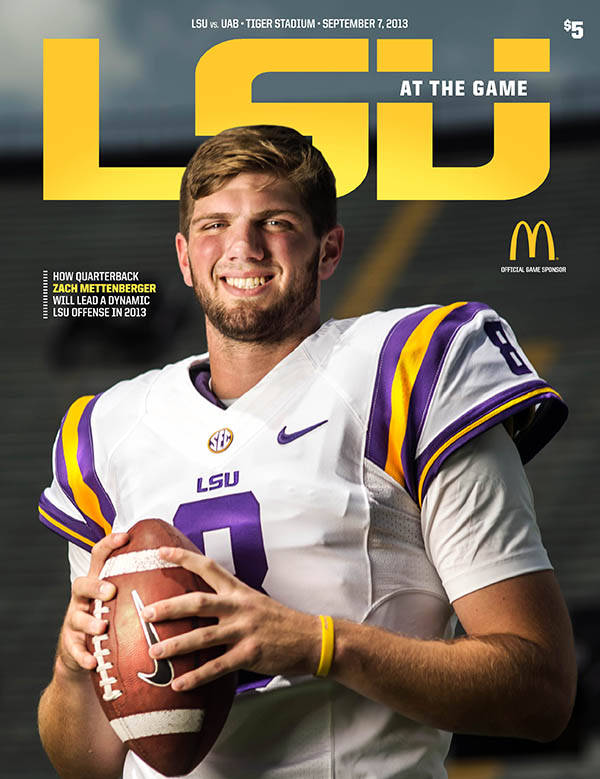 And if you're older than 21, make fun of kids who aren't. RT @KelsWingert: Be smart and safe tomorrow! #LSU pic.twitter.com/gKq8moNRNh

LSUSports.net - Six to be Inducted Into LSU Athletics HOF Sept. 13

It has some horrible predictions, but SB Nation's NFL season preview is just a gorgeous piece of web coding.

Nike has done some crazy things while providing equipment for major college football teams, but this may be the most ridiculous thing they've ever done.

In 1986, LSU turned down Steve Spurrier and Mike Shanahan for Mike Archer. And that, children, is why we don't talk about the 80's much.

Friend of the site Steven Godfrey spent the weeks leading up to the season kickoff embedded in the Mississippi State coaching staff as they prepared to face (and lose 21 - 3) Oklahoma State.

Speaking of behind the scenes, USA Today has a great look at what it takes to run ESPN's College Gameday show.

The student rag at LSU is back in full operation and The Daily Reveille has some interesting profiles worth reading of a freshman sensation on the Volleyball team and LSU women’s golf head coach Karen Bahnsen, who's been with the team since it's founding in 1979.

Related to nothing else, but our SB Nation Northwestern brethren at Sippin' On Purple have the best highlight video you will see anywhere of their win at Cal last weekend.