This started out as one of my wife's low-cal recipes, but with my love of poblano peppers, it was a natural fit for the series. Fantastic during the week's recent polar vortex freeze.

Wifey picked it up from EatingWell.com, and the servings are all of about 300 calories per serving, which is nice.

1. The first step is to roast the poblano peppers -- really brings the heat out of the smoky poblanos and enhances the flavor. One way is to roast them in a 400-degree oven for about 15 minutes, turning a couple times until they blister and blacken on the sides. If you have a gas stove, or want to use a grill, you can also use the open flame (be careful, obviously). I've seen people use a carving fork to hold them and turn them over a flame. Once they're done, you're going to want to peel them, either by placing them in a paper bag to steam for a few minutes, or by using a pairing knife to scrape off the blackened skin. 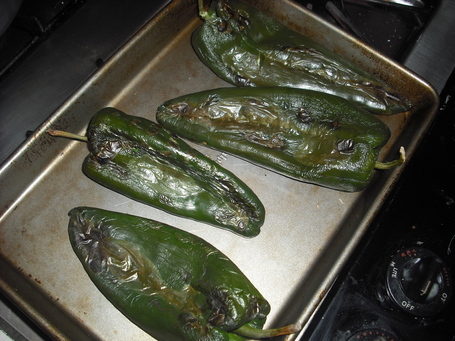 2. Place chicken in a large saucepan with the broth, bring to a boil and cook until done. Remove the chicken from the pan to a cutting board and dice well or shred into bite-sized pieces. 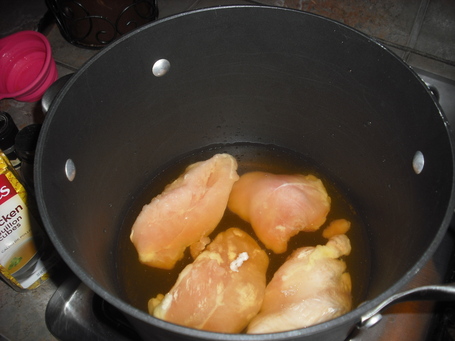 3. Once the peppers are peeled and cooled, remove seeds and dice. Place two of the diced peppers in a blender with 1/4 cup of the hot broth and puree well. 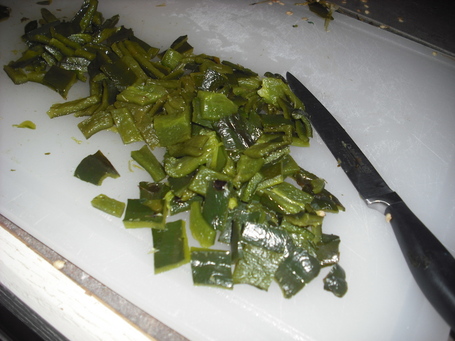 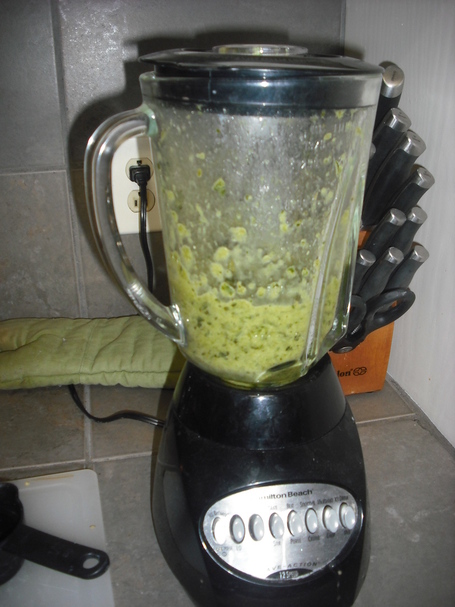 4. Whisk 1/2 cup of the hot broth in a bowl with the wine and flour until smooth. Return the remaining broth in the pan to medium heat and whisk in the wine/flour/broth mixture until smooth. 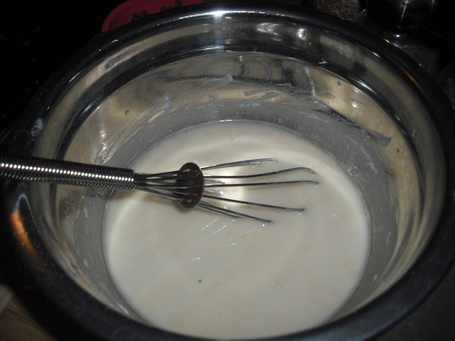 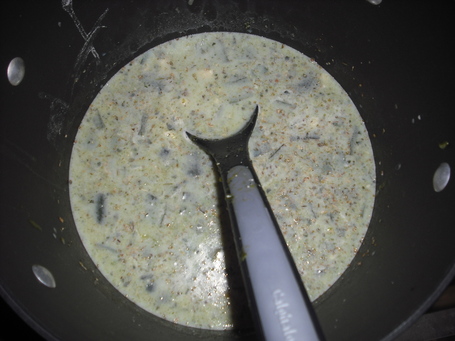 5. Stir in the chicken, pureed and chopped chilis. Add milk, salt, white pepper and oregano. Heat, stirring frequently, until steaming, but not boiling. Remove from heat and add cilantro. 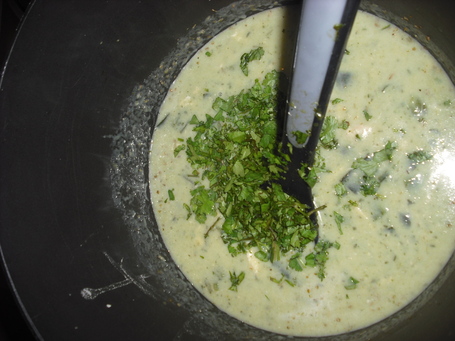 This will make about 4 1 1/2 cup servings, and like most dishes involving peppers, it'll get hotter as it sits. Again, it's fantastic in cold weather. 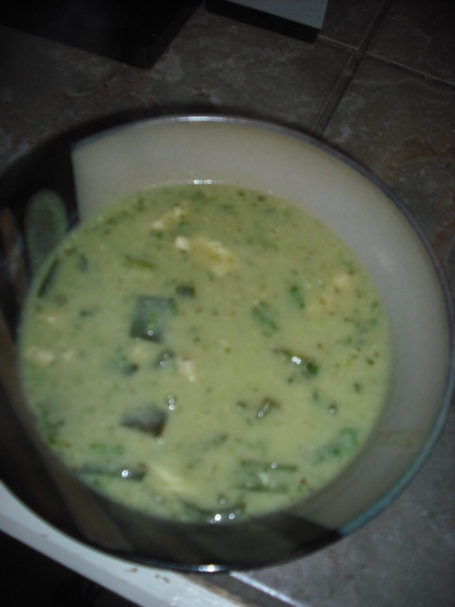