And the Valley Drinks: Founders Porter

More and more craft breweries expand into the Louisiana market, and here’s one of the new ones.

Share All sharing options for: And the Valley Drinks: Founders Porter

As some of y'all may know, I've been a member of the EDSBS Commentariat for a long time, all the way back to the Wordpress days. Among the many, many (many) topics we discuss from time to time, is beer. As my beer palate's expanded, it's been fun, albeit a little bittersweet, to learn about all the great breweries around the country. Whether it's Clown Shoes, Bell's, Cigar City, Big Lake or Birdsong, I've been waiting and hoping for some of them to wise up and expand their markets into Louisiana. It should surprise none of you that Baton Rouge, despite its size, is a top-five market for a number of breweries and liquor companies. And I'm talking some national names.

First up, their porter: 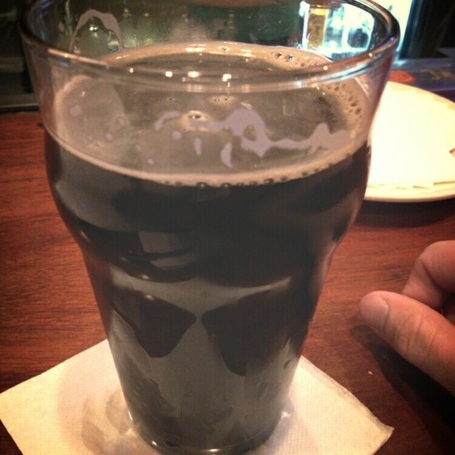 Pours silky black with a creamy tan head. The nose is sweet with strong chocolate and caramel malt presence. No absence of hops gives Founders' robust porter the full flavor you deserve and expect. Cozy like velvet. It's a lover, not a fighter.

This one is 6.5 percent alcohol-by-volume, and available in bottles or on draft. Founders has five year-round beers available in both, along with three that are draft-only and multiple seasonals and specialties and the like.

On another note, if you're looking for a local beer event, Leroy's Kitchen, on Nicholson near campus, will be hosting a beer festival on Saturday, May 3, to benefit the Brickroad to Success Foundation to support Autism Awareness.

As you can see, this is a rich, dark beer with a cream-colored head. The bouquet is super-malty and appropriately rich for a porter. And while it's definitely too heavy to be a real session beer this sucker goes down smooth. There's a creaminess to the texture, with some malty sweetness but not too much. Enough to add to the richness without being overly rich. On the back end, there's a slight bitterness of the hops, but only lightly so. In fact, it's almost more of a coffee-like bitterness, rather than hoppy. But it's a great drink and I can't wait to try some more offerings. 4.5 out of five stars.