LSU and Florida is not only a great rivalry, it's also a great tradition.

Raise your hand if you remember the last time LSU did not play Florida during the regular season.

Yes, you sir. Congratulations, you have lived 43 or 44 years. You have seen many incarnations of LSU football: Il buono, il brutto, il cattivo.

What makes a tradition? Merriam-Webster defines it as such:

: a way of thinking, behaving, or doing something that has been used by the people in a particular group, family, society, etc., for a long time

: the stories, beliefs, etc., that have been part of the culture of a group of people for a long time

We all carry on traditions. Some of them are longer and more meaningful, like opening a present on Christmas Eve, observing Lent, or baptizing our children. Others are simple patterns of behavior we've developed from long-repeated actions: like kissing our significant others before leaving for work. These things we tend not to consider as traditions; they are just things that we do. Yet Merriam Webster tells us that is exactly what they are.

If you've quietly gone about your business, ignoring the tumult, here's a gross oversimplification of each party's view recap:

Most Everyone: The SEC sucks, keeps screwing LSU over, forces them to adhere to other school's traditions, bungled the 9-game schedule deal and all and all the SEC pretty much sucks and we should leave. You're so stupid, Pawwwwwwl.

Pawwwwwwl: The opposite. [posts gif of someone crying]

Yes, that's a gross oversimplification of each party's view. I told you it would be.

Realistically, the general attitude has been that Mike Slive and the SEC feel like this about LSU: 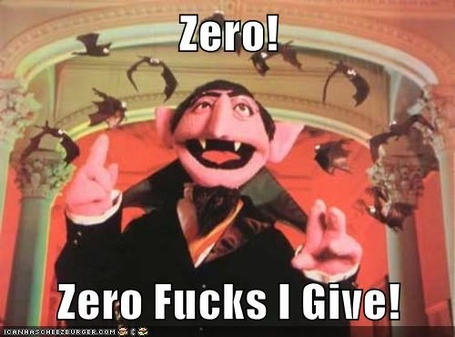 That's all well and good, and I realize it extends well beyond this decision. But here's what puzzles me.

On the "tradition" of playing Arkansas on Black Friday:

@ATVS_PaulCrewe It was our tradition of playing Arkansas on Black Friday. Now, I didn't love playing Arky then. But that was tradition. So

On playing A&M on Thanksgiving:

@38Godfrey @BarrettSallee "TRADITION MATTERS"...until it doesn't. Why should some matter more than others?

@thesamdakota @ATVS_ChefBilly Tradition matters a lot. Unless it's ours apparently

Once again, LSU gets leaned over the table for the sake of someone else's tradition. The SEC can keep its tradition of screwing over LSU.

Now, my intention here isn't to mock my fellow scribes. I'm raising a legitimate question and it all ties back to the second question in this post: What makes a tradition?

In the opinion of Jake, the Black Friday game against Arkansas, played 17 times, is a tradition. But the Florida game? Not so much.

Billy's opinion is a bit more open ended, his primary contention is that the SEC does not care about LSU's traditions, only those of other schools. But what about the Florida game? That one, he doesn't care about.

Poseur broaches the notion of "traditional rivalries," but states "there's nothing inherently great about about the UF game."

LSU and Florida have played 60 times since 1937. They've played one another every year since 1971, 43 consecutive years. They also played one another every year from 1953 to 1966. Essentially every great season (and many bad ones) in LSU football history has featured a match-up with Florida. The idea that this whole party started in 1992 with the institution of permanent rivals entirely ignores a major chunk of LSU's history.

Merriam Webster tells us that a tradition is just a group of people doing the same thing "for a long time." I don't think any of us would be so naive as to argue that over a half a century's worth of match-ups is anything but "a long time."

How then, is this not a tradition?

Turning to our good friends Merriam-Webster once again, a rivalry is:

: a state or situation in which people or groups are competing with each other

By this very literal definition, it quite clearly is a rivalry.

The issue here is that our fans somehow don't treat it as such. Rivalries in sports, specifically here, college football, typically emanate from three major sources:

According to this standard, LSU/Florida only loosely fits point one, being that they are both in the Southeast.

Number two is the major question. We tend to discuss history in blocks and lump the historical rivalries into a pool of the ones that started back in 1900 or before. LSU's played football since 1893 and the Florida game has been part of that 50% of the time. That's a fairly large chunk of our history, certainly enough to consider something "historical." Comparatively, Florida State and Miami have played 58 times to LSU and UF's 60. Obviously their rivalry is linked moreso to in-state hatred, but I'm not sure the statue of limitations on "historical" should set the bar at 100ish years. We consider Auburn a rival, despite similarly tenuous regional ties and the fact that we've only played them 47 times.

Number three is entirely indisputable. The series sits at a 31-26-3 advantage for Florida. This is enhanced all the more since 2000, at a dead heat 7-7. Since 2003, which would be the first of four National Championship seasons between the two schools, five of the 11 games have been single-digit victories. Nine of the 11 have been within two touchdowns. In that span, one of these two teams participated in the BCS Title Game five times. Seven times one of these teams appeared in the SEC Championship.

This series is not only highly competitive, it's the best that it's ever been. The series not only carries historical depth, it's also presently relevant. Yet, the major opinion here seems to be "meh."

The last spindly thread in the argument against this being neither a tradition nor a rivalry is that it lacks that good ole fashioned hatred. Michigan/Ohio State come to blows on a near yearly basis. Miami/FSU spit enough vitriol for the bulk of college football. A 54-year-old Oklahoma fan once nearly ripped off the testicles of a 35-year-old Texas fan, because, football. These teams and their fanbases share a blood-boiling, morals-skewing hatred for one another. They may not wish one another would die, but they certainly wouldn't cry about it if it happened.

The question is: Why?

So let me remind you:

In 1958, LSU's lone undefeated season in the modern era, LSU beat Florida 10-7. During pre-game warm-ups, Paul Dietzel told FB/K Tommy Davis to "Warm up that toe, Davis." Florida notched more yards and 1st downs. The game nearly ended in a tie, until Billy Cannon did Billy Cannon things (after doing some un Billy Cannon things), putting LSU into FG position with under three minutes to go in the game. Davis made the kick, LSU won and preserved their undefeated season. More important than all that? For the first time in school history, LSU secured the no. 1 slot in the AP poll.

Steve Spurrier spent half a decade dropping half a hundo on us, embarrassing LSU in grand fashion. There are rumors, to this day, that he despises LSU, because they refused to even interview him when they hired Mike Archer.

Florida beat us nine consecutive years, nine, from 1988 through 1996. The 1997 upset remains a watershed moment in our program's history, even if they rattled off four more consecutive victories after that.

What about Ron Zook? The man who once out-snookered the GREATEST COACH OF ALL TIME... on our home turf... during one of our two recent National Championship seasons.

What about Urban Meyer? The guy we made cry in 2005. The guy who defamed our University all in the name of nabbing a recruit. The guy who once allowed a player back onto the team that punched a man, spat on him and THEN SHOT AN AK-47 IN THE MIDDLE OF THE F'N STREET.

What about the 2007 showdown, the one that SPOILER ALERT: every writer on this staff, but one, voted as the single best Game of the Les Miles era?

What about Tim Tebow miming a phone to our student section and running roughshod on our defense for three seasons?

What about Lee-to-Toliver in the Swamp after a botched faked FG to win yet another classic?

Do none of these strike you as perfectly valid reasons to actually hate Florida? To actually give reverence to this rivalry?

Here we are, hot in the middle of an SEC schedule debate and all we can do is cast off this great game and series. It's given second run. It's a game we "don't care about," are "indifferent about,"  and "there's nothing inherently great about." It's most certainly not tradition; you've all made that crystal clear by emphatically and repeatedly reminding me that the only reason it exists is "cause of Bama/UT and their traditions."

Schedule equity be damned, this game is worth preserving.

Because this game is our tradition.