"State. Why did it have to be State? I hate State." -- Indiana Jones, in the original draft

One team started terribly and now looks to be the class of the SEC. The other beat up on the Weak Sisters of the Poor and now looks like its getting exposed by the sudden increase in quality of competition. I think we can all tell who is who. LSU is reeling right now, so just about the worst team possible to cure those slumpin' blues comes to Alex Box.

State dropped two of three to Holy Cross. They lost two games to UCSB. They lost to frggin' Memphis. Well, that was a month ago. Since SEC play started, the Bulldogs have arguably been the SEC's top team, winning three straight series against Georgia, Arkansas, and Vanderbilt. The computers may be severely underrating this team as they looked like a different team right after the Ides of March. 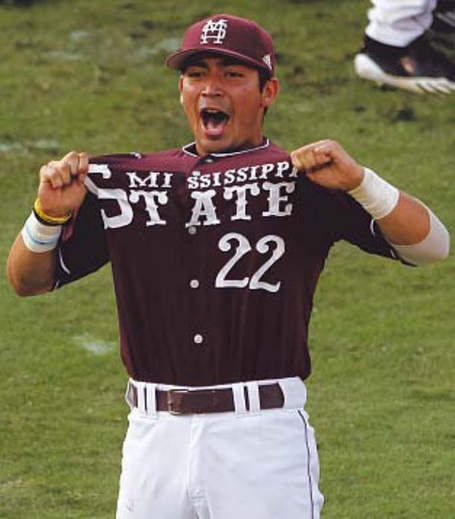 Yeah, you can read. We're proud of you. 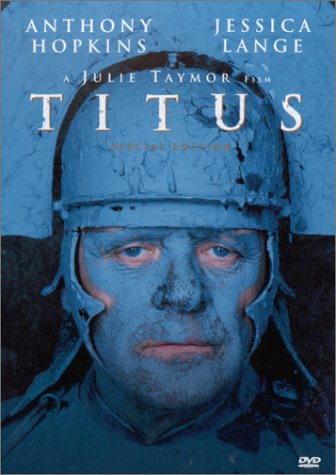 I made a reference to Shakespeare's Julius Caesar up at the top, so let's stick with the Shakespearean theme, but go with one of his lesser known works. Titus is the first film adaptation of Titus Andronicus (good band, BTW), a bloody, revenge tragedy about a Roman general who oversteps his bounds just a tad. It's one of my favorite works of Shakespeare, probably because I like a lot of violence with my poetry, but this truly is one of the best adaptations of one of his plays to the big screen. If you want to know where George RR Martin got all of his ideas for bloody mayhem and twisted revenge, well, look no further. Shakespeare (and the Romans) were the masters. There's hands cut off, people baked into pies, daughters getting their necks snapped in from of their fathers, and all sorts of horrible nastiness.

So, when you need a break from what promises to be some brutal nastiness on the baseball field, this film should remind you that things could be much, much worse. The film was a spectacular bomb at the box office, proving that American audiences will line up to see lots of violence so long as there is no pesky dialogue or subtext getting in the way.

Ignore the ERA, Trevor Fitts is awesome. LSU will always have the edge on the Friday matchup because of Nola, which is no knock on Mitchell, but State will have a huge edge once we get into the weekend. Fitts' BB/K ratio is insane, and "deserves" better than that 3.09 ERA. He has pitched better than that number would let you believe.

Is it me, or has Wes Rea been at Mississippi State for a decade or so? I'm pretty sure he was a redshirt when Will Clark was a junior. He's slumping if you look at the slash stats, but by the traditional Triple Crown stats, he looks as impressive as ever: 283, 3 HR, 25 RBI. That's a power hitter. He has half of the team's home runs, so when he is not depositing the ball over the fence, the Bulldogs have to find other ways to score. So they run like mad. They have stolen 45 bases on 59 attempts and Henderson and Armstrong lead the way, each with 9 steals on a combined 19 attempts. If they get on first, they will likely be on second in short order.

As long as Aaron Nola is on the team, I'll never pick LSU to get swept. He alone makes LSU a favorite on Friday night. After that, the scales tilt back to State, especially given the way LSU's offense has looked as of late. I want to pick the Tigers because we are coming home and back to the friendly confines, but let's be frank, LSU has looked like utter dogshit since SEC play started. Until the bats can turn things around, I can't pick them to win a series, even at home against a bitter rival.

Maybe we can cut their hands off.