Yeah, I've said I wanted to try and hit on as many tailgating recipes as I could this summer, but I've been in the mood to experiment a little. Plus, I had some frozen crawfish tails that I've been looking to do something with. Shrimp & grits have always been a favorite of mine, so I decided to try out my own version.

This recipe is largely improvised, but I used this Emeril Legasse recipe as a reference point. He fries up the grits into cakes, and I'm sure that's awesome but that's way too involved for a Sunday afternoon, at least for me. The grits are Country Boy brand, out of Denham Springs, which I picked up at my local farmer's market. I just improvised to supe them up a bit.

1.       We'll start with the grits. I used the instructions that came on the package, which called for a 2:1 liquid/grit ratio. The recipe only called for water, but I decided to cream them up a bit with chicken stock and some milk. I used one-percent because that's what I had. Go as the spirit moves you.

But to start with, I browned my Andouille in the Dutch oven I used with just a bit of olive oil. After that, I added the chicken stock and milk, brought to a simmer and stirred in the grits. 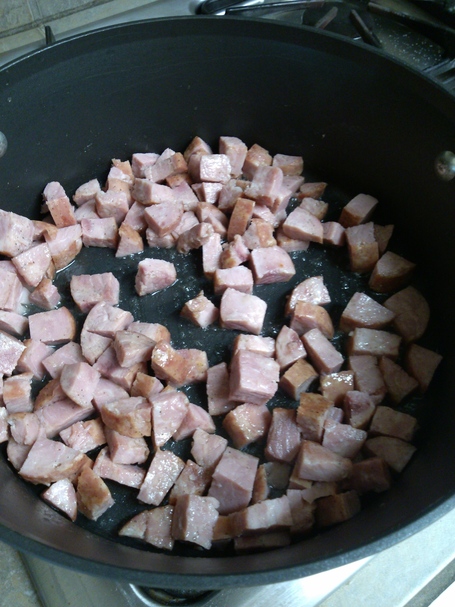 2.       Bring the mixture to a boil, reduce to simmer and cook until the liquid cooks out, stirring regularly to prevent sticking. 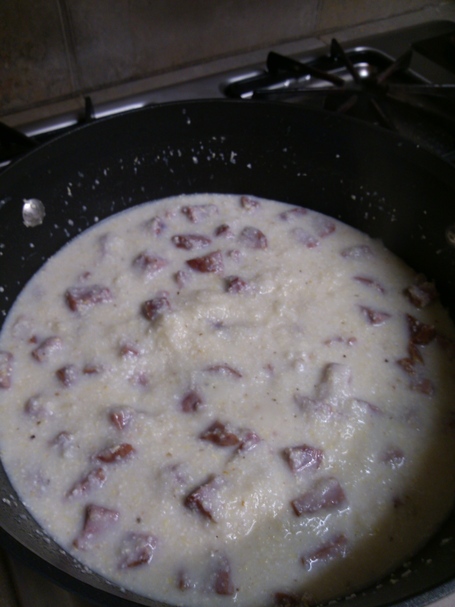 3.       From there, you'll want to add in the grated cheese, stirring in handfuls at a time to make sure it incorporates fully and doesn't clump up. Once the mixture is nice and smooth, you can set the pot aside. The grits will stiffen up a bit, but just mix in a little water or milk as needed to keep them creamy. 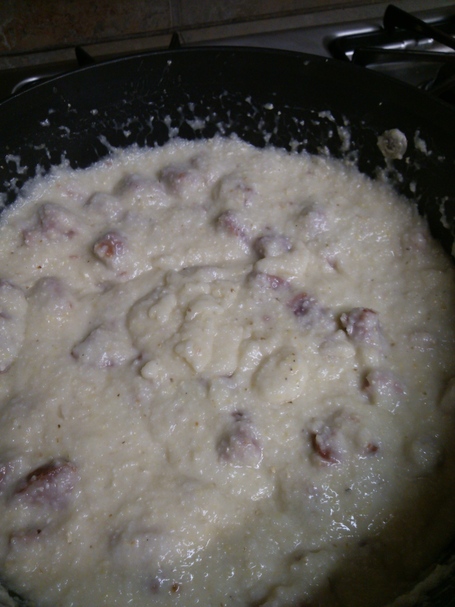 4.       Next, combine the seasoning mix ingredients in a small bowl and set aside. You'll need to add it in batches, so best to just have it all in something you can spoon out of. 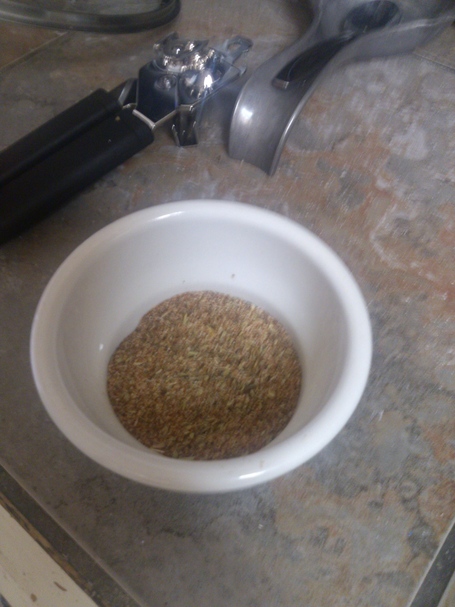 5.       In a sauce pan, melt the butter and add the onions, bell pepper and jalapeños. Allow it to sauté over medium-high for about five minutes, and then add the garlic. You may want to add a little olive oil if you don't feel like you have enough liquid to coat everything well. 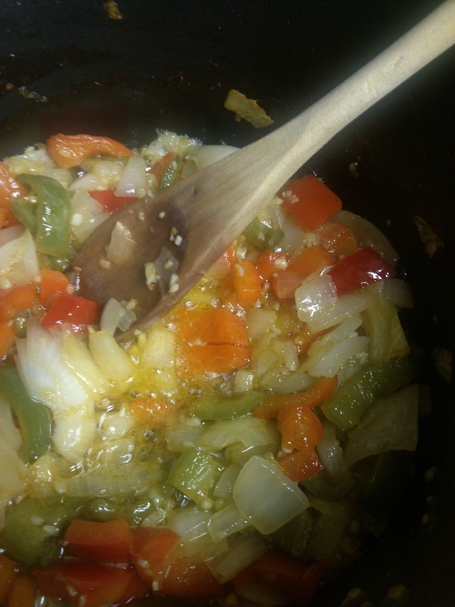 6.       Once the onions start to brown just a bit on the edges, add a tablespoon of the seasoning mix. Stir well to incorporate and simmer for about two minutes.

7.       Add the crawfish tails, mix well and allow to cook for 2-3 minutes, then add the remaining seasoning mix. 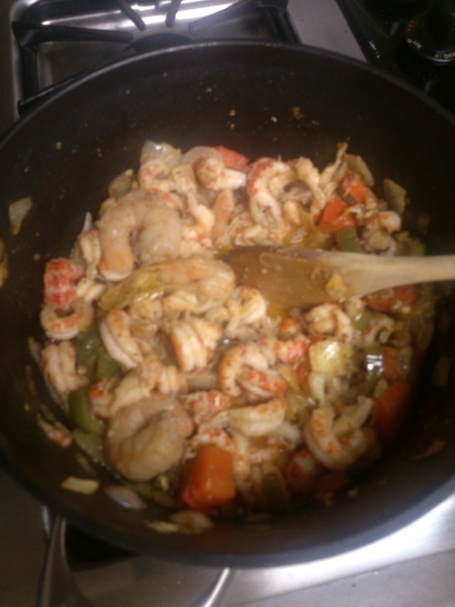 8.       Add the half-cup of half-and-half and stir well to mix. Bring to a boil, reduce to simmer and cook until the mixture thickens. You can add some hot sauce or worcestershire to taste. 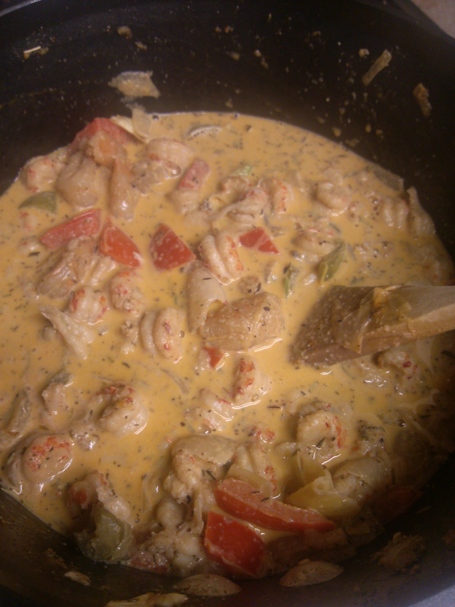 This will feed about 4-6 people well, with a ladle full of crawfish & sauce spooned on a helping of grits and some green onion tops to make it look perdy. Sticks to your ribs too. The grits, in particular, save pretty well and could easily be used for a morning tailgate in an insulated dish. 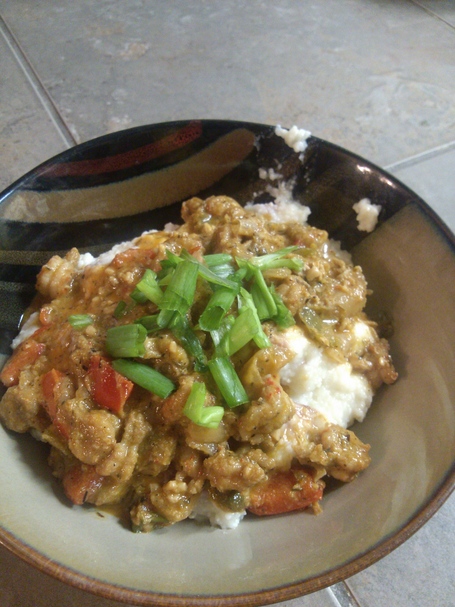