Questions I would have asked at Media Days - Day 2

Because somebody needs to keep beating the dead Johnny Manziel horse.

Share All sharing options for: Questions I would have asked at Media Days - Day 2

Day 2 of SEC Media Days featured Steve Spurrier, everyone's favorite head coach that isn't their own. The second day of the SEC's annual celebration was an emotional roller coaster. Spurrier made us laugh, Kevin Sumlin made us cry, Butch Jones gave us hope, and Dan Mullen was certainly there and talking about things that involved football (and futbol!). Here are a few of the questions I would have asked each of the four coaches present at Day 2 of SEC Media Days. 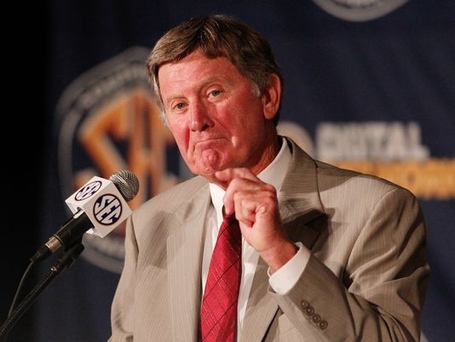 "Dylan Thompson has a tough road ahead of him, replacing Connor Shaw this season. But will he ever fill the void in your heart left by Stephen Garcia?

"Historic rival Texas A&M comes to Columbia to begin the season on a Thursday night. Is the early start going to affect your usual round of 36 holes on Thursday?

"How are you going to replace the presence of Jadeveon Clowney at defensive end, and have you contracted a medium to raise yet another hellbeast to play for South Carolina in 2015?" 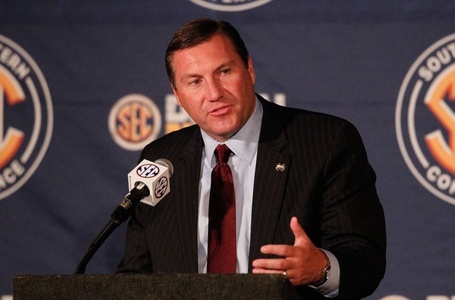 "Will the Dawgs keep striving for the mediocrity of 6-6 seasons, or will you finally bite the bullet and go 2-10 just so you can leave Starkville?"

"Why does the #2 spot on your quarterback depth chart simply say ‘underwater treadmill dog'?"

"Is there any truth to the rumor that the Starkville Buffalo Wild Wings had to shut down because you ate everything?" 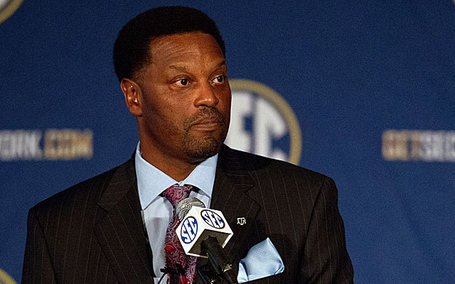 "Will Johnny Manziel and Lebron James lead Cleveland and Northeast Ohio in an athletic and economic renaissance?"

"How did you feel about suspending Johnny Manziel for the first half of the opening game against Rice last season, and will you be suspending your starting quarterback this year in hopes of him having a 'Johnny-esque' performance?"

"Is there any truth to the rumor that the Aggies' adjustments in 2014 will include 'playing defense,' 'finding a quarterback,' and 'going 6-6'?" 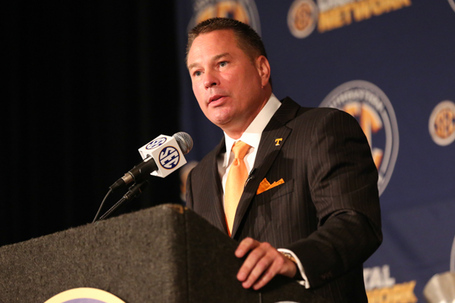 "IMDB says you've played every generic, uncredited football coach in every teen comedy ever. How was working on Blue Mountain State?"

"Will you be playing for a signature road win when Tennessee visits Vanderbilt this Fall?"

"How are Lulu and Junior doing?"