We take the WayBack Machine a little farther back…

Our WayBack journey has closed the door on the Nick Saban Era of LSU Football. And while chronologically, we should be moving forward into 2005, the first season of the Les Miles Era, we're not going to do that. Why? Because by NEXT summer, we'll be a full 10 years removed from, not only the beginning of that era, but that first season's penultimate and defining event: Hurricane Katrina.

There will be a time to talk about that dark time in Louisiana's history, and everything that went along with that. But this is not that time. For now, we'll finish off the rest of the summer (or at least until our preseason coverage gets too hot & heavy) with some other great days of Tiger Football passed.

Today, we travel back to November 6, 1982. Yours truly was all of nine months old. Epcot Center had just opened in DisneyWorld. Cats opened on Broadway. And the legendary Paul Bryant (I think he had a nickname or something, but it escapes me at the moment) was in the midst of his final season as the head coach of the Alabama Crimson Tide.

LSU was undefeated (7-0-1 with a tie to Tennessee) and ranked 11th under Jerry Stovall, paced by a dominant defense with All-Americans Albert Richardson and James Britt and an offense that featured the infamous "Dalton James Gang" backfield -- freshmen tailbacks Dalton Hilliard and Gary James -- along with quarterback Alen Risher and receiver Eric Martin. 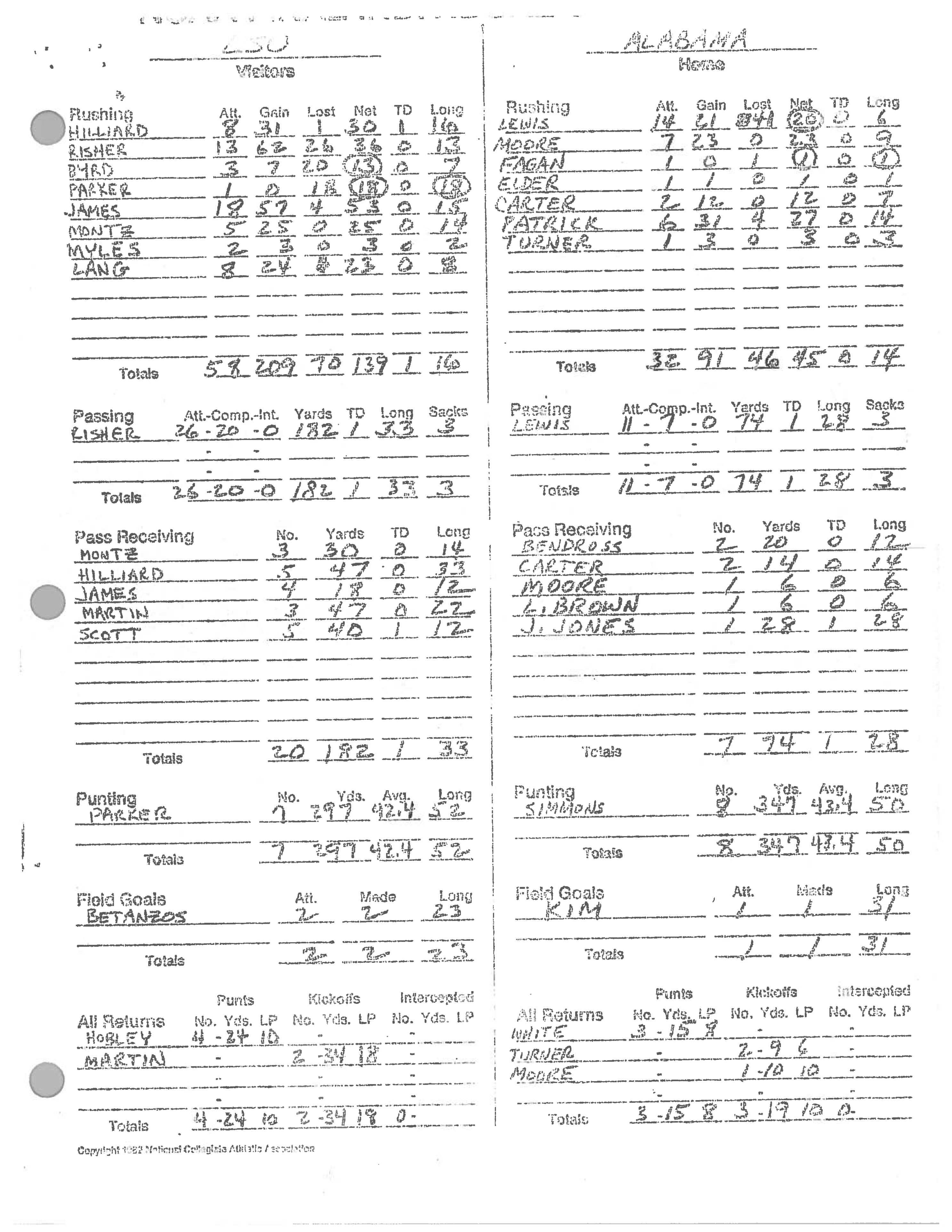