Miles calls his son a goat, and doesn't say much else

Some stumping for the new CST pregame show...round of applause for Ted Castillio...Happy to get out of fall camp without a major injury..."We will play both quarterbacks"...Will not hesitate to call on freshmen RBs...Kickoff duties not settled yet, Trent Domingue or Cameron Gamble in the mix...Miles remembers being recruited by Wisconsin and Mike Webster in high school...isn't concerned with who Wisconsin names as a QB starter, will prepare for both...Says Mills is preparing to play... Pocic would start at center today, released depth chart is wrong...says Hoko will start at right guard, expects Washington to play some too...expects FR WR Malachi Dupre, Trey Quinn, and DJ Chark to play significantly...calls Fournette a very humble guy who takes coaching very well...Ted Castillio asks a completely unrelated question (see below)...When asked if he will let the starting QB know on Thursday "Yeah, we'll communicate.  Those communications will be held kind of close to the vest in how we communicate that to our quarterbacks."....Miles doesn't limit the names of RBs he will play to just Hilliard, Magee and Fournette.

Ted Castillio is the elder statesman of the LSU press corp and he's got a tendency to go far off the rail at press conferences. Given Miles penchant for saying a lot of things without actually answering a question, this conversation was actually the most interesting thing at the presser.

Q.  First off, thanks for the acknowledgment.  When you were at Michigan, did you play NotreDame and what did you think of the discontinuation of that series, and maybe you could work it in, an anecdote that you told with a coaches clinic in the summer, high school coaches?

COACH MILES:  Here's what's happening, Ted, in this game.  It's so difficult to continue to increase rivalry opportunities, you got it?  In other words, there's Michigan with an opportunity to play Ohio State every year and a very rigorous Big Ten schedule.

And the idea that they would go out of their way to play a national power on an annual basis with great interest, it's certainly not a Michigan avoidance.  It's just the‑‑ what's best for them in relationship to the view of the playoffs, what's best for them in view of going through a Big Ten season and seeing the opportunity to win the championship there.

And then, see that NotreDame, if, in fact, they are capable of getting to the playoffs.  I think that that thought process is real.

If you think of this, it was not possible for me to think that Nebraska would not play Oklahoma every year.  Just think about that rivalry lost, okay.  And the Michigan ‑ Ohio rivalry is not lost and certainly the LSU versus a number of our rivals is not lost.  But some of those go by the wayside based on TV sets.

Now that anecdote that I told, I certainly don't remember, but it would have been one that revolved around the wonderful contribution that a high school coach and a youth football coach could make on my family; and what would be my indebtedness to the experiences that my kids are having in the State of Louisiana based on the coaching that they received.

I have a specific story about when we just arrived and no one knew my son's last names, and it was not that important that this high school coach or this youth coach would find anything interesting in the guy at all.  And in reality, he turned an opportunity to make a goat of a son into making an example of what somebody goes through to achieve above adversity.  It just made the difference.

So that was not the anecdote and certainly it's not something that has great humor to it, but that was the piece or one of the pieces I offered, I promise.  Thank you. 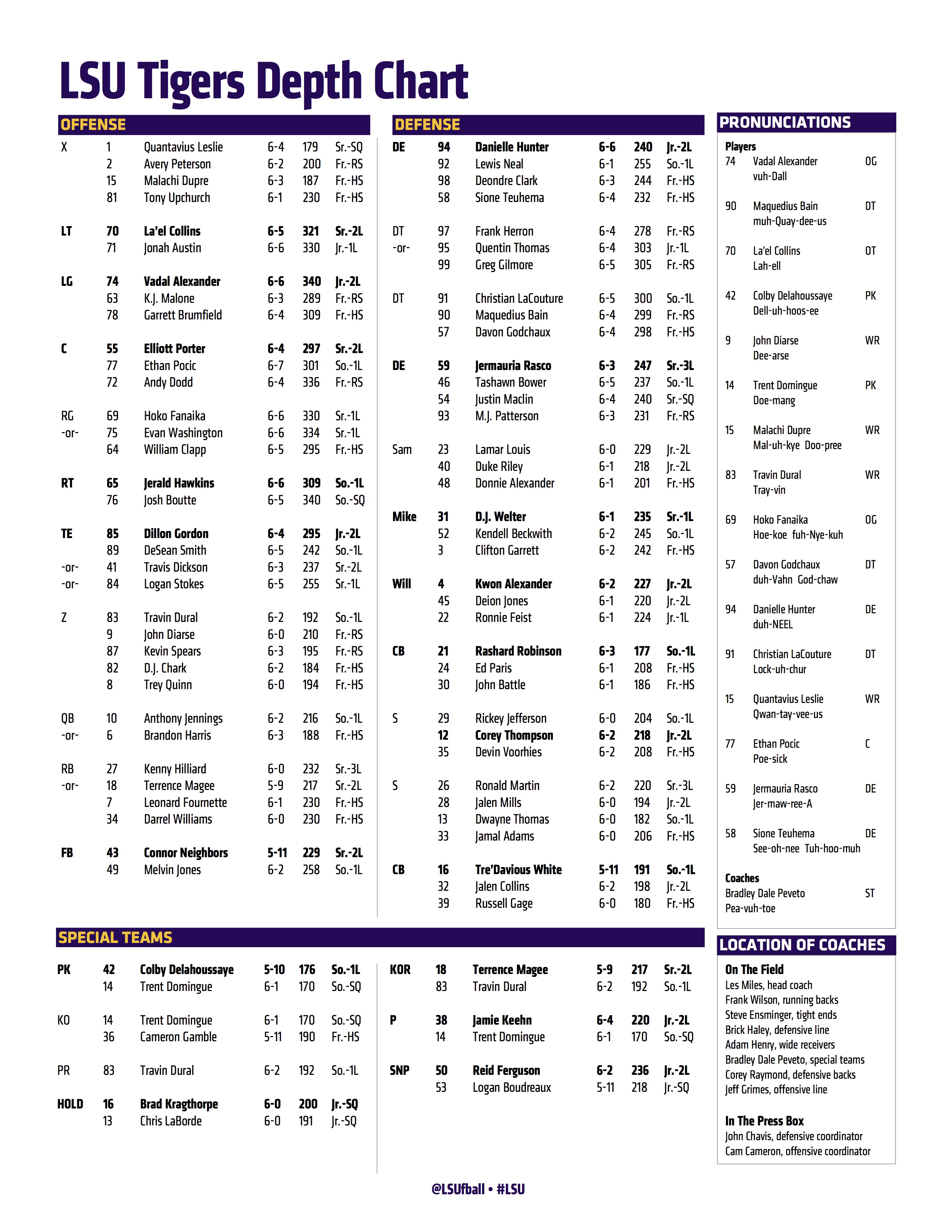