Paul Crewe here, back with yet another installment of the most exhaustive, comprehensive game preview you are gonna find this side of the web. I can't speak for the other side, but I got this side covered, folks. LSU enters this game 2-0 and some may say prime for an upset. NOT SO FAST MY FRIEND *points pencil at you*. Our in-state brethren from the north will make the trip down from 20 to 425 to 61 just a little three-hour jaunt to challenge our beloved Tigers. It's the Game of the Century, folks, and believe you me, I got all your details right chea!

What is a Warhawk, Anyway? 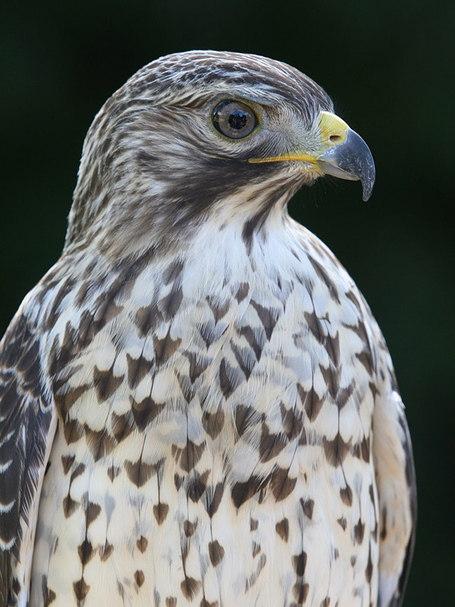 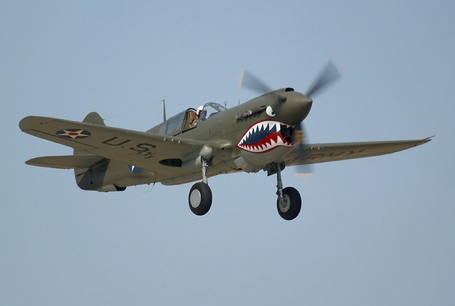 It's certainly not Superman. 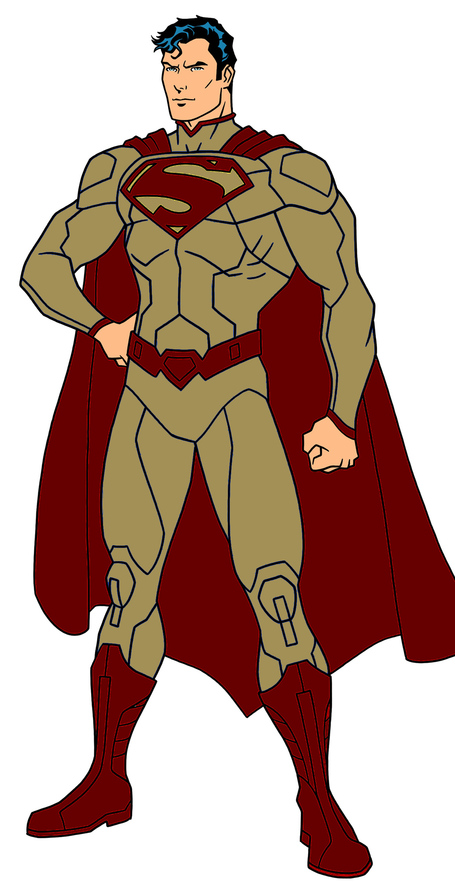 On January 30, 2006, university president James Cofer announced officially that ULM would be retiring the 75-year-old "Indians" mascot in light of new NCAA restrictions against American Indian-themed mascots, which the NCAA considers "hostile and abusive" to Native Americans, despite issuing an appeal to the NCAA to keep the name after the NCAA's ruling allowing FSU to keep their Seminoles nickname.[3][4] This came a few days after a mascot committee voted unanimously in favor of the change. The university accepted suggestions for the new mascot through February 28, 2006. The mascot committee then selected 12 semifinalists.[5]

An online poll, available to students, faculty, staff, alumni, donors and the public, yielded three semifinalists: "Warhawks," "Bayou Gators" and "Bayou Hawks."[6] The school's mascot committee passed a single recommendation to the university president, who made the final decision. Warhawks was announced as ULM's new mascot on April 5, 2006 and implemented on June 26, 2006.[7] The new nickname honors Maj. Gen. Claire Lee Chennault, an LSU alumnus, and his Air Force unit from World War II, which utilized the Curtiss P-40 Warhawk in battle, although the logos primarily use bird imagery.

1) YAYYYYY ULM, you did the right thing.

2) Entirely missed the opportunity to be the "Bayou Gators." Here, let me re-brand you. 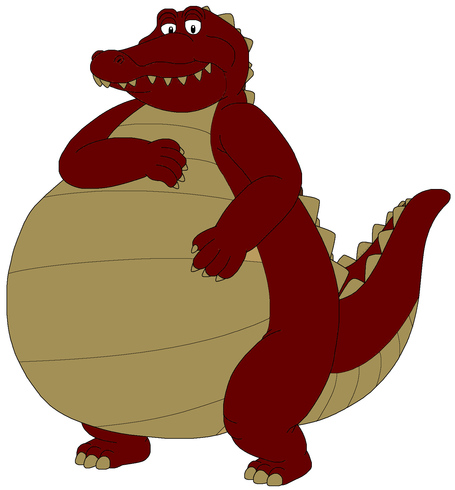 3) Next time you want a stake in the "University of Louisiana" argument, we'll gently remind you that you are named after one of our war heroes.

Centarius Donald is a Star 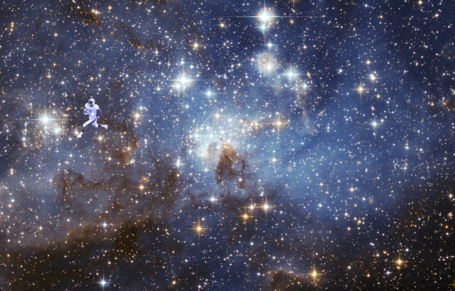 I HAVE AN OPINION ON LEONARD FOURNETTE STRIKING THE HEISMAN POSE 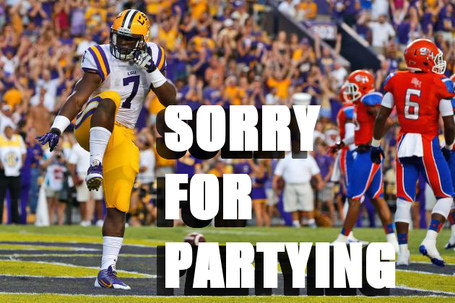 An Ode To Monroe

Deathless Monroe, bathed in duck feathers
Daughter of James Monroe, the ship, not the President
Your streets are flooded, not just with the tears of sad Warhawks
But with the endless rainfalls

Though the light of the Pecanland Mall shines bright
Your population, so it wanes
All your best citizens flee for Baton Rouge
First Bradie, then Whitworth, now Diarse too

I weep not for your losses
Nor your-rain drowned streets
But because once Bill Russell left
So, too, did all the championships

I HAVE ANOTHER OPINION ON LEONARD FOURNETTE STRIKING THE HEISMAN POSE 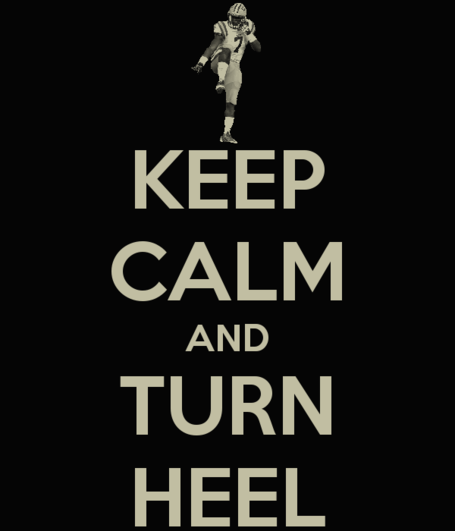 Embrace the hate. Do it again, Leonard. Do it after you're tackled for loss. Do it when you drop a pass. Do it when you punch it in from the half yard line, even though Kenny Hilliard took the previous seven carries up to that point. Do it post-game interviews. Do it when you get out of the shower. 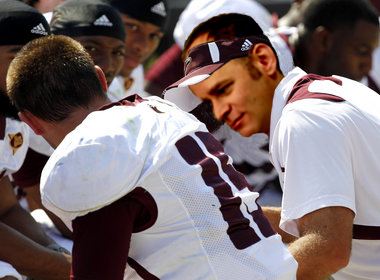 Arguing with the officials! 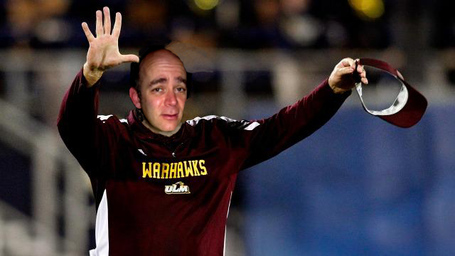 Deep in thought about the next play call! 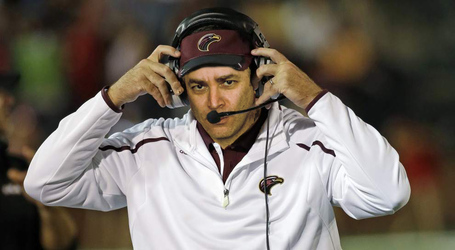 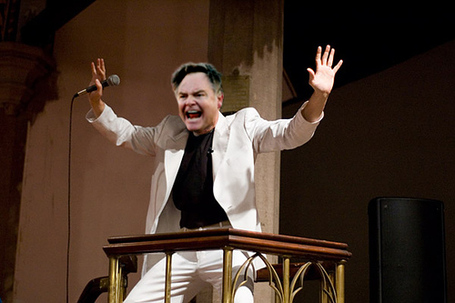 "Right Reverend here y'all. It's time for Houston's Heppins, wherein I give my thoughts on beating them LSU Tigahs, because if I know a thing or two, one of them is how to beat LSU. Can I get an Amen?"

"Now, when you look at this game right heah, there's three major keys, kinda like the food groups. Giggity."

"Numba 2, call Darren McFadden. He's got some eligibility left, I think. Not sure about them NFL rules and whether or not the Raiders would go for it, but hell, ain't like theys usin' him anyhow. Now, once you get McFadden, refer back to numba 1. That's the key, really."

"Numba 3, well there is no numba three, because this is actually a trick. I'm here today to ask you all if you'd be interested in some beachfront property right here in Monroe? Let. me. tell. YOU. I can get you a fantastic deal on a three bedroom, 6 bathroom beachside mansion, just right down the street here. Also, is Don Shows here? Don? DON!?"

Shows raises his hand meekly in the back.

*Don shifts uncomfortably in his seat.

"Well, Don, I've always been a big fan of what you've done out here, and hoo boy, did you produce some fine players. It was always a delight to come out here and recruit your guys. First class all the way, Donny Boy. So what I'm saying is, if you need a hand, the Right Reverend is here to lend you one."

*Don nods his head, politely thankful though inwardly hoping this is all over soon.

"Woo, heh, heh heh, giggity. Thanks for having me, y'all! Now let's pass around those plates for the collection. I got a family to feed."

Put Camo On It! 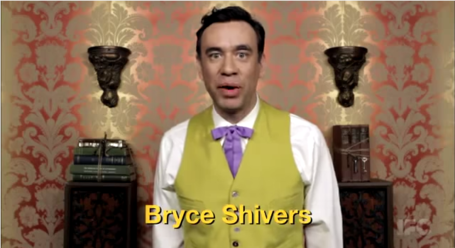 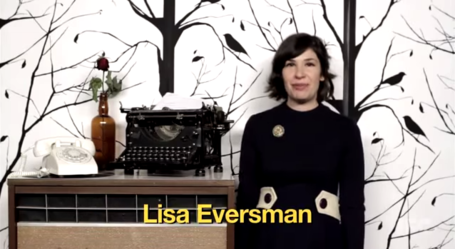 "We put camo on things!" 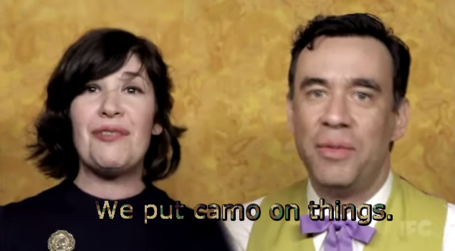 "Today, we're gonna go to Monroe, Louisiana, where camo belongs on everything." 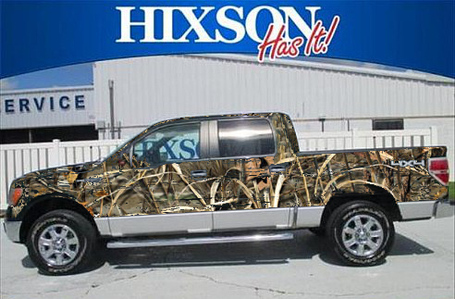 "We put it on our baseball fields." - Lisa 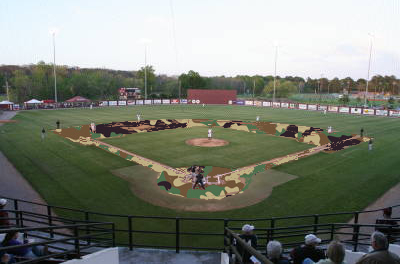 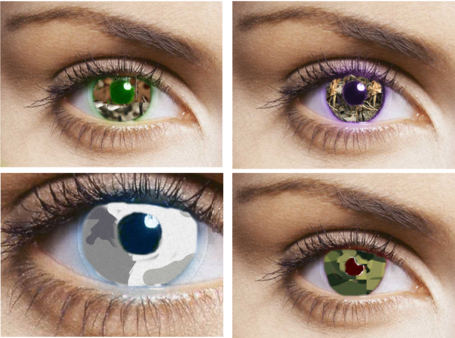 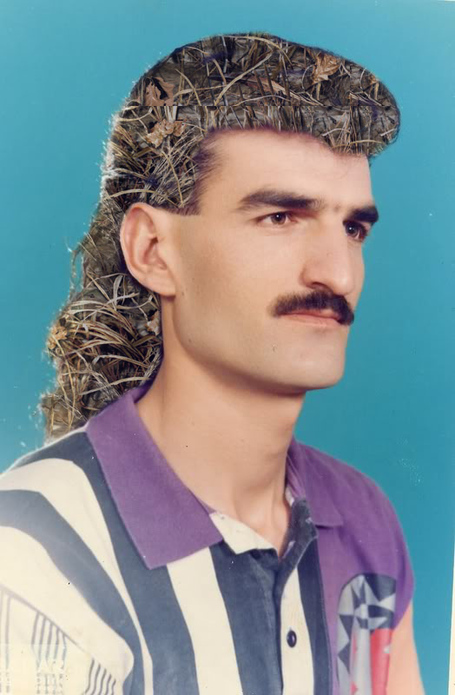 "What a sad little baby. Let's put camo on it. Did you see this baby before? Now you really don't." 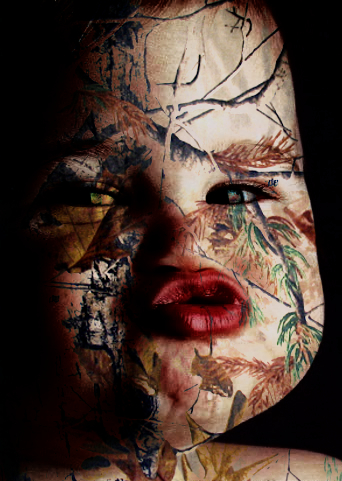 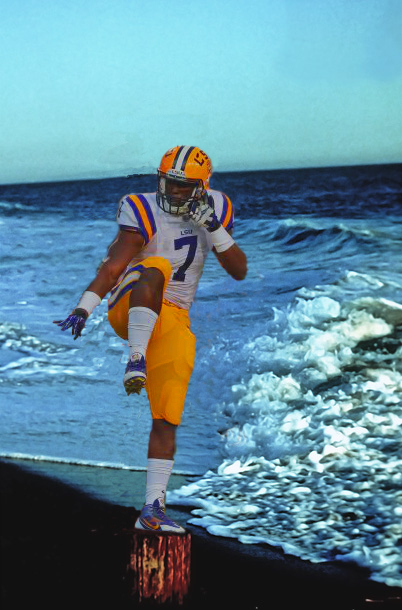 Let Me Transform Your Roster For You

Good coaching makes a difference, but every coach in the country will tell you if ain't got the guns, you won't win the gunfight. The key to winning big in college football is always about the talent. It's indisputable, really. Now, UL Monroe's got a pretty decent little squad, scoring upsets here and there, seeing a player file off to the NFL now and again. They could certainly be worse.

But I wanna take this team to the next level. So let's re-imagine this roster, shall we: 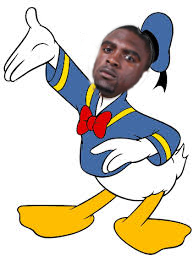 Why Centarius Donald Duck? Because the opponent will be so concerned with why he's not wearing pants, he should be able to fly right past them. 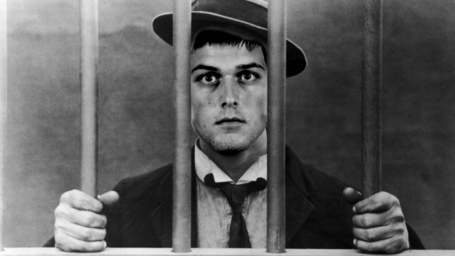 *stands around schmuckily
*house collapses all around him
/scene 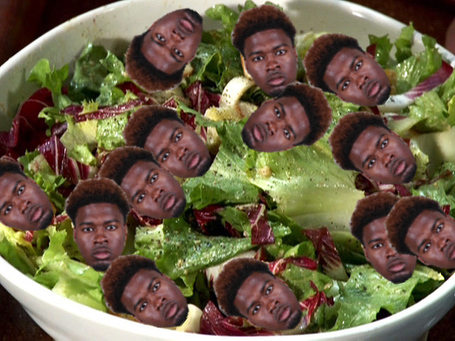 A healthy diet is key to success.

The Adventures of Pete & Pete (Thomas) 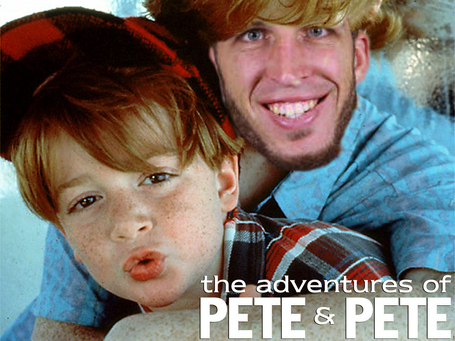 Big Pete. Little Pete. Petunia. Really, what else do you need?

Jennings to Dural is proving quite the lethal combo thus far. Check out all of their completions: 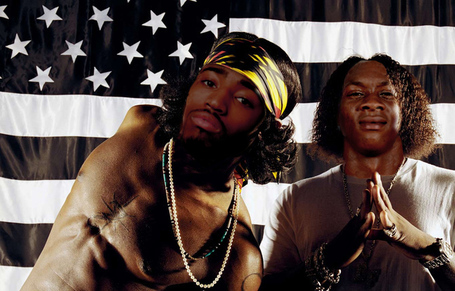 That's Mr. President, to You 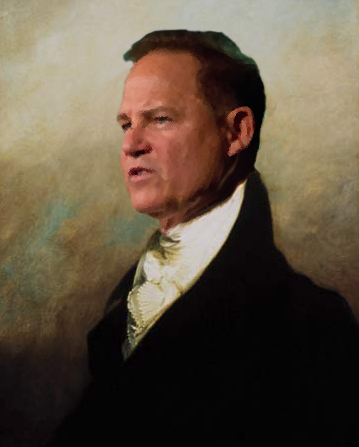 Les Miles is 11-0 vs. the state of Louisiana. If that's not enough, the combined score of those games is 450 - 71. When it comes to in-state competition, LSU is lapping the field six times over. The last time ULM showed up to Tiger Stadium, they left with a 51-point beat down. Despite being a team that boasts a quality reputation for upsetting SEC West foes, the Warhawks will be outmatched in Death Valley yet again.