Ahead of LSU's first SEC tilt with Mississippi State on Saturday, Les Miles spoke with the assembled media.

Miles started off talking about how excited the team was that they could contribute to the 400th win in Tiger Stadium, and how this is the first weekend you'll really feel the excitement and energy with it being an SEC game. Mentioned that they played 17 freshman vs ULM, and brought up the stats we've seen parried around after Saturday's game: Under 100 yards allowed, 9 straight quarters without a point allowed, outscoring opponents 108-0 since going behind 24-7 was Wisconsin, etc.

Elliott Porter will start again at Center this Saturday. He did say that Ethan Pocic "would return", but he didn't elaborate any further. Kwon Alexander and Lamar Louis did not play because the coaching staff wanted too "give them another day off". Also talked about the depth being established on Defense, which he likes. Praised Jamie Keehn's punting and the all around play of the special teams.

Miles said he was surprised Mississippi State wasn't ranked, and praised Dak Prescott's scrambling ability along with his throwing. And described their offense as a "big, strong, physical group and we will have to play and tackle well". And closed with the usual coach speak: Excited to play them, we have to get better and better". 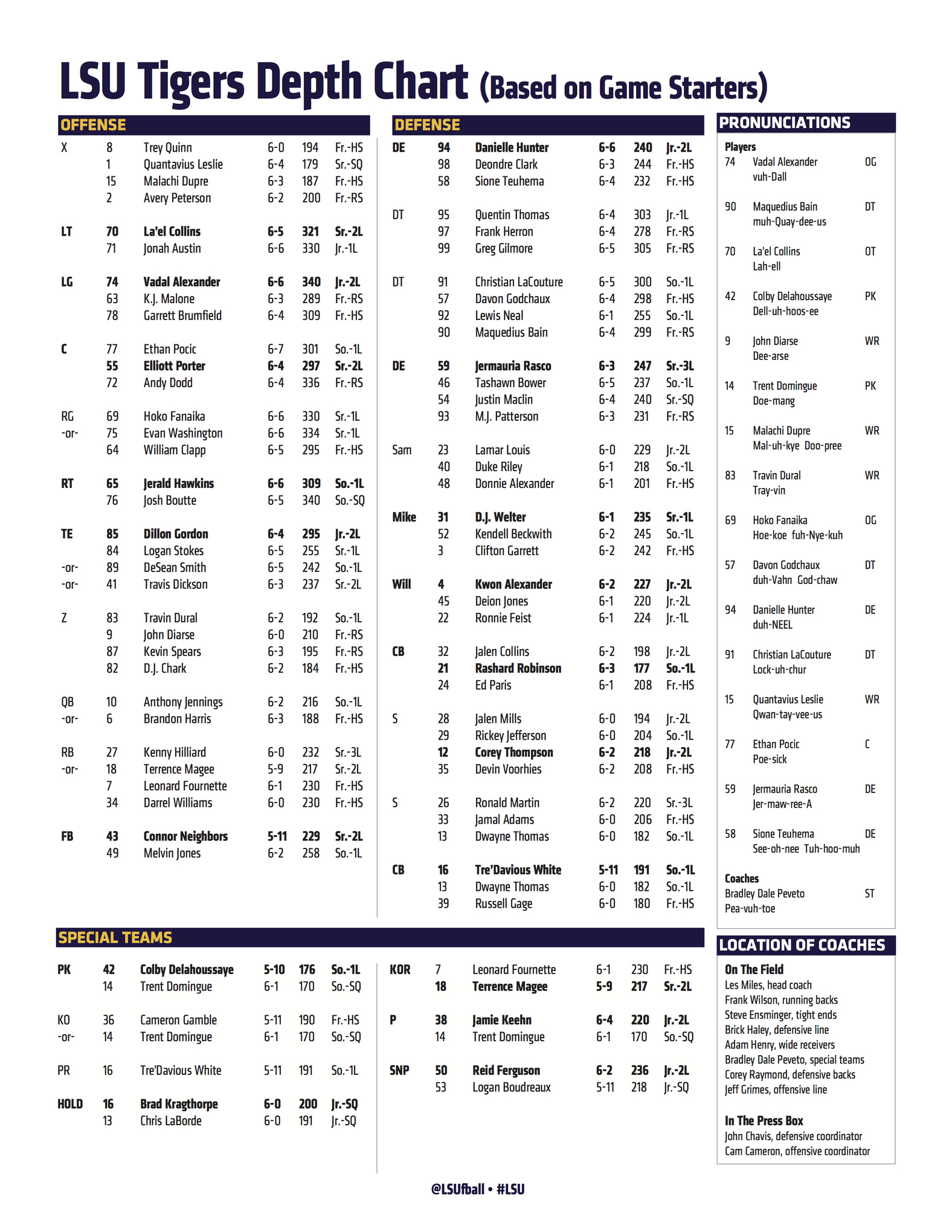