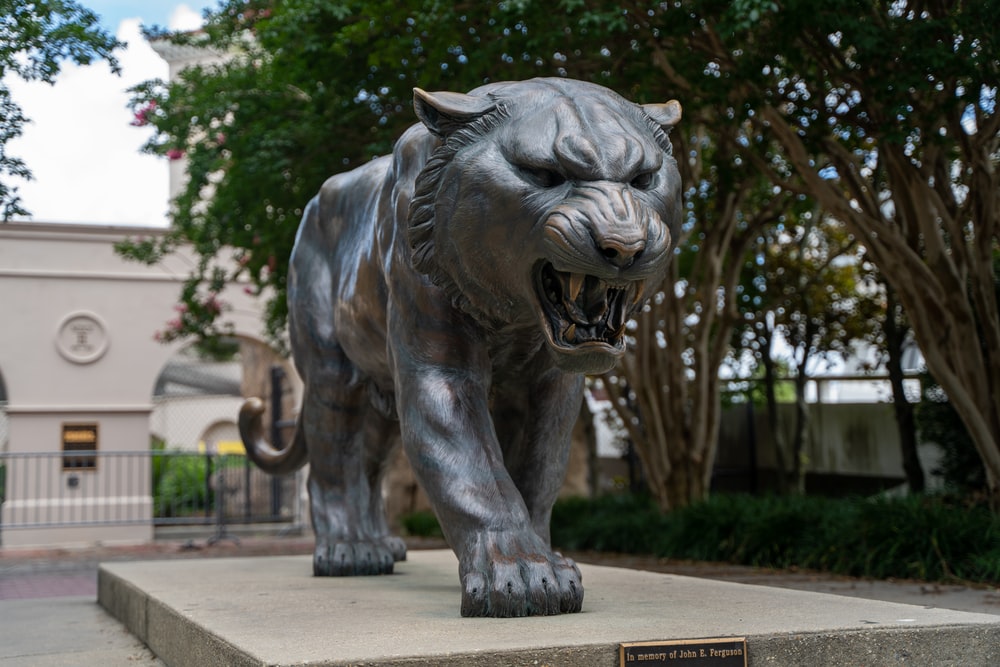 For the foreseeable future, Joe Burrow will remain a hero to all LSU fans and alumni. Not only was his breakthrough 2019 season one of the greatest in Tigers history, but it was also one of the most unexpected after the quarterback’s run with Ohio State.

Despite Burrow’s unforgettable seasons in Baton Rouge, he has a long list of athletes that he’ll be remembered alongside. From Billy Cannon to La’el Collins to JaMarcus Russell, the Tigers have created some of the most talented and interesting players to watch.

In the long-term, where does Burrow fit into this scheme? One year into his NFL career, many are hailing his performance with the Bengals as a sure sign that he’s destined for greatness in the big leagues. Some have even drawn similarities between Burrow and Tom Brady—though there’s a pretty big gap between Burrow’s first-round draft pick and Brady’s 199th overall.

With some Tigers fans still down on the team’s opening loss to UCLA, some are switching an eye to the NFL to catch up on the latest with Burrow and the Bengals. With the season just starting, some fans are even backing the Bengals in NFL betting odds in upcoming matches against the Bears and Steelers. But will Burrow’s performance be enough to swing the team’s chances, and cement him as one of the all-time greatest Tigers?

Must Be a Tiger Thing

Many fans are prepared to build Burrow a statue and retire the number nine in Baton Rouge, but Burrow is fighting to steer the Bengals in the right direction. And he’s doing a damn good job of it.

Pro Football Focus placed Burrow in thirteenth among all NFL quarterbacks with a stats rating of 80.5 from his 2021 season. The former Tiger managed this despite having played fewer games than other quarterbacks. To rephrase this, Joe Burrow currently ranks thirteenth among every quarterback to play in the NFL based on stats from ten games alone.

He managed this despite the Bengals' lackluster roster and a difficult season schedule. Despite a few difficult games, pundits noted Burrow didn’t lose his cool—which Tigers fans weren’t surprised by.

Despite being one of the greatest Tigers of all time, Burrow only led the team for two seasons. After struggling for playing time with Ohio State, he turned his career around quickly under Ed Orgeron. No one will forget the 2019 win over Clemson to bring home the national title… but Burrow’s influence is much greater than his impressive records.

Like any truly great athlete, Burrow’s value was partly emotional for Tigers fans and alumni. Despite his youth and the pressure he faced, Burrow always spoke and acted with both grit and integrity. Anyone who doubts the power of these qualities only needs to watch Burrow’s Heisman Trophy acceptance speech. For those who haven’t seen it and aren’t aware of Burrow’s class, he starts out thanking the Buckeyes program for giving him his first shot.

Nods from the Big Leagues

Ranker, which is driven by fan votes, lists Joe Burrow as the best LSU football player of all time. Close behind is Leonard Fournette and Patrick Peterson. But it’s not just Ranker that’s focused on Burrow. ESPN recently named him the fifth-best quarterback in a list of 60 top talents in the last twenty years.

Bengals fans treat Burrow as such, hailing him as their next ticket to a Lombardi Trophy. Even one of the greatest Bengals in history has given a nod to Burrow. Ken Anderson admitted Burrow had already surpassed his skill level and is likely to go on to become the greatest quarterback the franchise has ever seen.

Other big names have stepped forward to comment on Burrow’s future. As his first season got underway last year, Brett Favre even commented on the player’s promise. Though Favre followed him while in the NCAA, the Packers legend is now impressed by how quickly Burrow has stepped up to the plate with the Bengals.

Then there’s Adrian Peterson, running back for the Lions, who stepped forward to help Burrow overcome his late-season injury. With pundits and pros alike stepping forward to commend and assist Burrow, there’s no telling what sort of respect and attention he’ll command five years from now.