LSU basketball has had its issues of late that include Will Wade being let go as men's basketball coach due to a recruiting scandal. The team did make the NCAA tournament sans Wade and bowed out in the first round losing to Iowa State. The season is over but you can still get the latest on the NCAA basketball season, or really the next season called draft season.

One LSU player who has a good chance to be taken in this summers NBA Draft is Tari Eason. This past year, Eason put up a team-high 16.9 points per game to go along with 6.6 boards and was named the SEC Sixth Man of the Year. He also earned a First Team All-SEC selection. After a great sophomore season, Eason is heading to the 2022 NBA draft and is expected to be a first round pick. 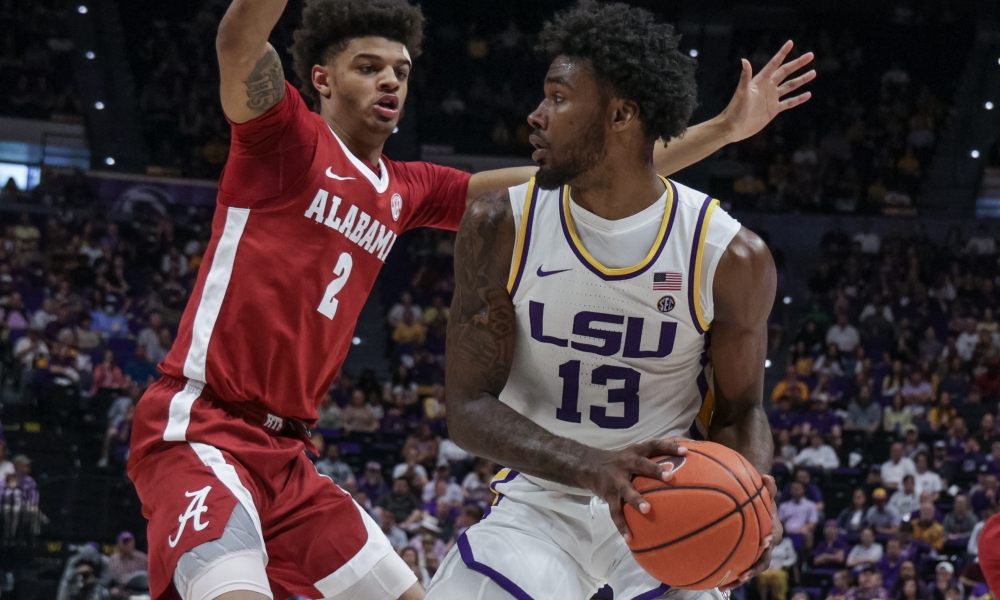 For a closer look, here is where others are placing him in early mock drafts.

ESPN’s Jonathan Givony and Mike Schmitz have him going to the Chicago Bulls at No. 18.

Eason did play a good amount of small-ball five in college and could give Chicago a very different look with his length and speed, as they’re used to playing in deep drop coverage. He isn’t the most polished ball handler or decision maker and had his fair share of games where he didn't really show up for LSU. The fact that he can add a lot of value as a transition finisher, rebounder, occasional spot shooter and defender at 6-8 with a large wingspan of 7-1 alongside a perimeter creator like DeMar DeRozan makes him an intriguing fit.

Eason expected to be a first-round selection in June’s draft, and in the latest mock from For The Win, Eason is mocked to go as a lottery pick, going at No. 13 overall to the Atlanta Hawks.

He played himself into that lottery position and Eason is constantly looking to score around the rim and his three-point shot has developed as the season continued. However, his real calling card is that any team that would like to improve their defense should line up to draft Eason, which is why the Hawks are a great fit.

Given how good he is on defensive and his offensive abilities, Eason is going to be one of the most well-rounded prospects in this draft later this Summer. There are some concerns out there, mostly that he was not in the starting five and came off the bench this season plus he found himself in foul trouble all too often.
Those concerns will almost for sure keep him from being one of the early players taken off the board, but he should early hear his name called in the first 32 picks, and he may just go during the lottery part of the draft.

The NBA Draft will take place on Thursday, June 23 and that is when the former Tiger Eason should hear his name being called and possibly as a lottery pick if things go his way.