There's a short list of the foods I literally cannot get tired of. Like ever. This is one of ‘em. Would just keep eating until something busted internally. All of the soft-shelled crab. Just give it all to me.

Anyways, so a few weeks ago, I stuck my head in a local seafood market and they happened to have some, so I indulged. Granted, just frying something up seems a bit simple, but I dressed this up with a Mandina's favorite pairing, some Meuniere butter sauce. This recipe is simple enough to make, but it can be easy to screw up if you overcook, so I recommend making the sauce after the crabs.

Preparing a soft-shelled crab to cook can be a little mysterious as well, if you've never done it before. 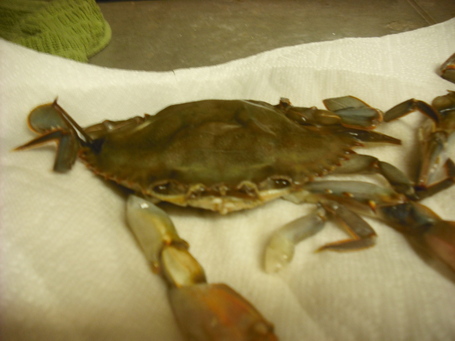 1. To clean a soft-shelled crab, you have to remove the mouth, eyes, digestion sack, apron and gills. That sounds like a lot, but it's remarkably easy. For the first three, simply take a pair of kitchen shears and cut about half an inch behind the eyes on the front of the crab, and go across until you've removed it all. Squeeze directly behind the incision to take care of the sack. 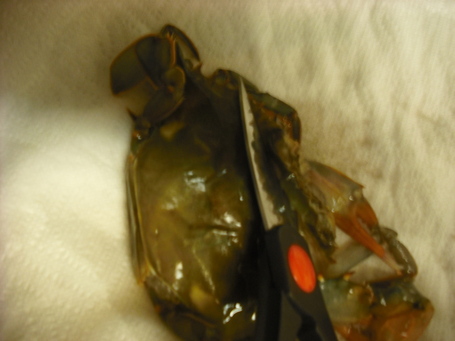 2. For the gills, simply flip up the two sides and scrape out the gills, which look like little spongy fingers. Use the shears to cut off the apron just under the back side of the crab. After you've done all this, rinse the crab well and pat it dry with paper towels. 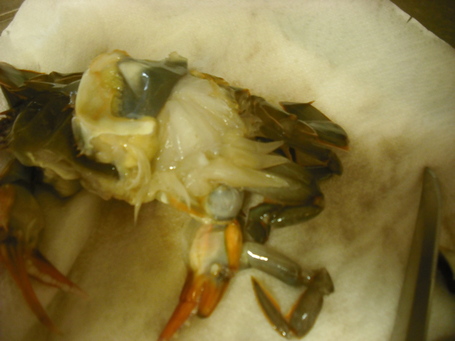 3. Combine the milk and beer in a bowl, put in the crabs and allow to soak for at least 15-20 minutes. 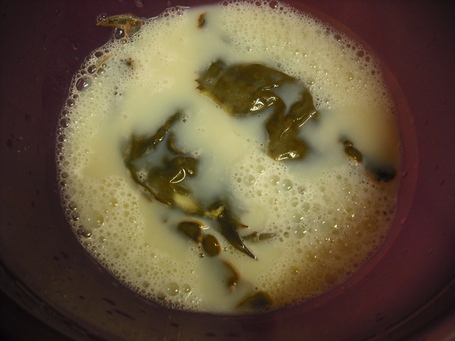 5. Remove the crabs from the milk/beer combo, dredge in some seasoned flour and fry until golden brown. When done, remove and drain on paper towels. 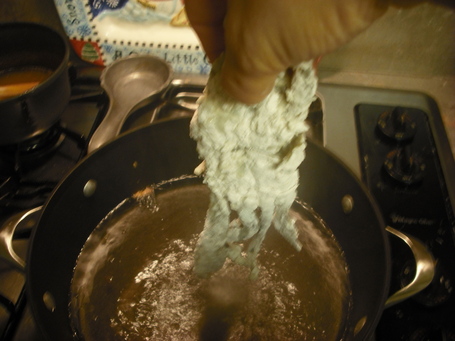 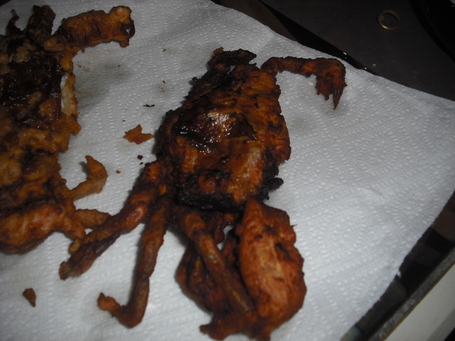 1. Melt the two sticks of butter in a medium-sized saucepan over medium heat. 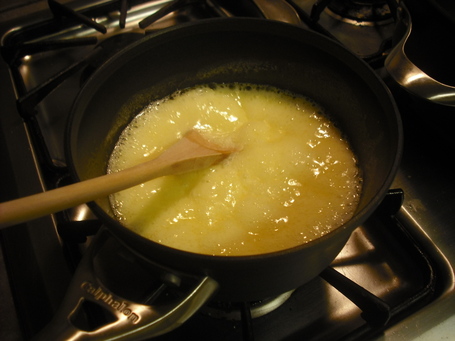 2. Once melted, you want to let the butter simmer while stirring, until it begins to brown slightly. Only slightly -- I actually overbrowned mine a bit, and the taste was noticeable. Once the color begins to darken a little, remove it from the heat.

3. While stirring, add the red wine vinegar and lemon juice. The mixture will bubble up quickly, that's the acids burning off. If you have some chopped parsley on hand, that goes great in this as well, of course. Once the bubbling subsides, pour the mixture out into a bowl or dish and voila! This sauce goes great over any sort of fried seafood, especially with some French fries or French bread around to soak up the excess. 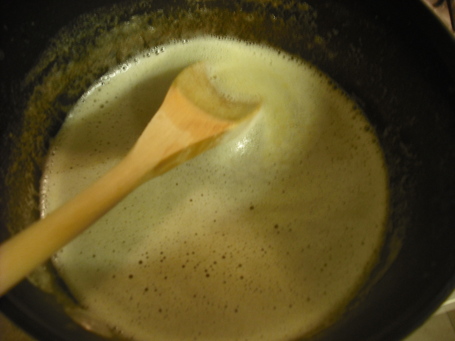