So I decided to experiment a little, and lookie what happened.

Okay, so a few months ago, I saw this recipe pop up on twitter, courtesy of Drew Magary.

After some brainstorming with friends, I figured I could come up with something better, and so the idea to try this with boudin came up. For the uninitiated, boudin is a delicious brand of Cajun sausage largely consisting of roughly ground pork, liver and rice. Fantastic for breakfast. After some research, I decided to go with Bergeron's of Port Allen. A very "wet" boudin is a must -- which is to say, a brand with a higher meat to rice ratio. Obviously cornbread is going to be starchy enough as it is, plus you want something you can knead into a ball fairly easily (obviously, you'll be removing the boudin from the casing).

And yes, I used cornbread mix -- I wasn't about to try this from scratch as an experiment. Overall, a pound of boudin filled about 24 muffins, so you can figure out the ratios for yourself if you'd like to make more or less. 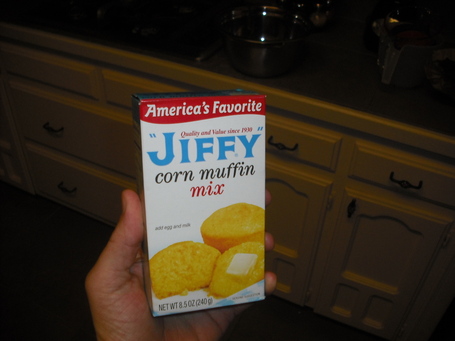 This is still a very basic recipe, so any other experimentation ideas are welcome. I can imagine other forms of sausage, such as chorizo, would work well too. 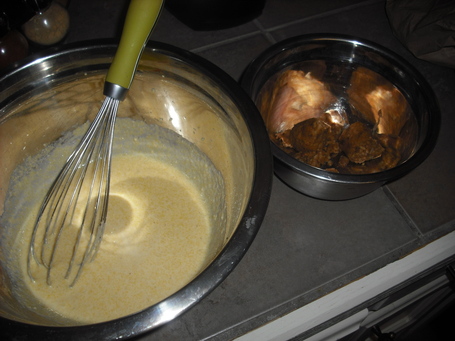 1. Squeeze the boudin out of the casing and into a bowl, forming it all into a large ball as best you can.

2. Mix the cornbread, using the eggs and milk, per your box instructions.

3. Pour the batter into cupcake cups. I found it was better for holding things together to use the cups, but that's just me. I'm admittedly not the world's greatest baker.

4. Pinch off small amounts of boudin, a little smaller than, say, a ping-pong ball, and drop them into your batter. Smaller balls will obviously get covered over when the muffins rise, but that's not a necessity. The ones that had some boudin sticking out were just as good, if not quite as pretty. 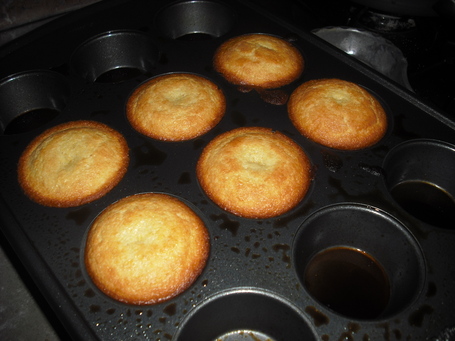 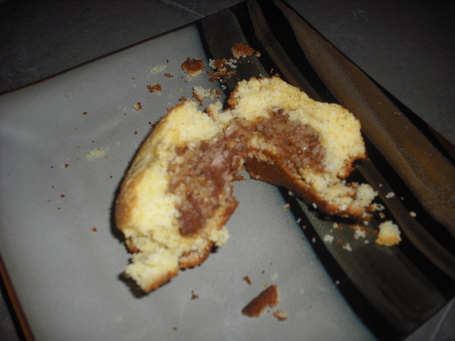