The young season brings to LSU (3-0) the first of two in-state weekday road trips, this time down I-12 to the city of Hammond, America to face off against the Southeastern Lions (2-1). The point of the trip for LSU is to ready the arm of Cody Glenn, a regular weekend starter last season who ran afoul of team rules the weekend of the Baton Rouge Regional and is trying to work his way out of the dog house. Given the good performances so far by LSU's starters over the weekend, it wont be a gimmie for Glenn to win his job back just yet. Mainieri has said that Glenn is on a 6 inning limit "75-80 pitches max" followed by short stints from the veteran relievers. CPM is also not shaking up the normal lineup, going with Chris Chinea at Catcher, Tyler Moore at 1B, Sean McMullen at DH, and Conner Hale at 2B with Kade Scivicque and Kramer Robertson riding the pine. Hale is also starting in the cleanup spot in the order after the low output from Jared Foster over the weekend.

The Lions, fresh off a 2-1 weekend at La Tech, will be having their home opener tonight and sold the place out early Tuesday. The Lions are in their first season without Jay Artigues, who left the team to take the AD job at SLU and attempt to clean up quite a mess. His replacement is former assistant Matt Riser. The Lions return most of a very good bullpen, but they had trouble last year getting the offensive production to capitalize on it. Their 15-6 Saturday win in Ruston may point to some improvement in that area, or maybe La Tech is just bad. I just hope SLU is playing in their super banana uniforms. 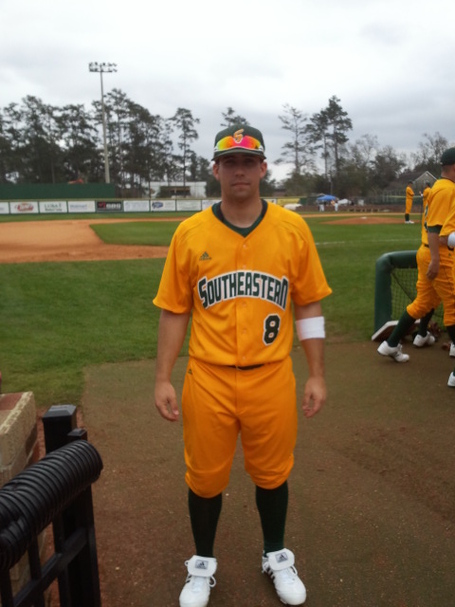 Game is at 6pm on Cox Stations and on ESPN3 where not blacked out. Check the map below and this affiliate list to find out. 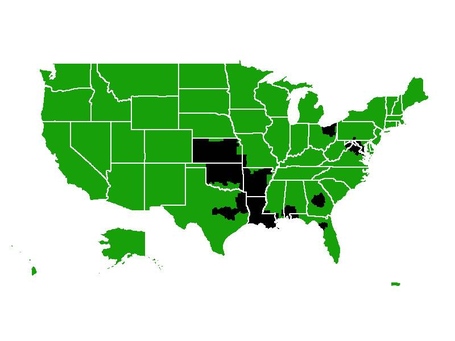