Two weeks ago, LSU's season seemed to be in freefall. Coming off of a sweep at the hands of a fellow struggling preseason favorite, Florida, LSU found itself in the bottom half of the division staring up at the leaders. The remedy was as simple as coming home. Amongst the friendly comforts of home, LSU took five straight games and ended the homestand 5-1. The key there is that the homestand ended, and now LSU tries to continue their quality play and see how their newfound offense performs in Oxford. Road trip!

Yeah, they are pretty good. When you are outscoring teams by a two to one margin, you're having a pretty good year. They score a lot of runs and they don't give up very many. That's usually a combination that works out real well for a team. And bonus, we get to play them at their place. 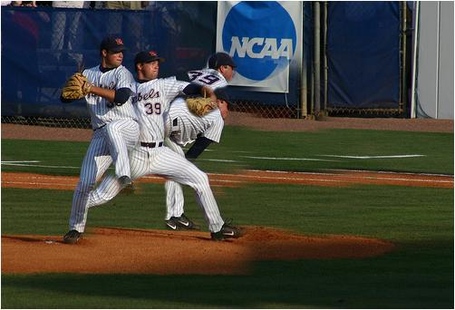 That appears to be sort of illegal. I mean, I'm not up on all of my SEC rules, but that seems like the kind of thing umpires would frown upon. 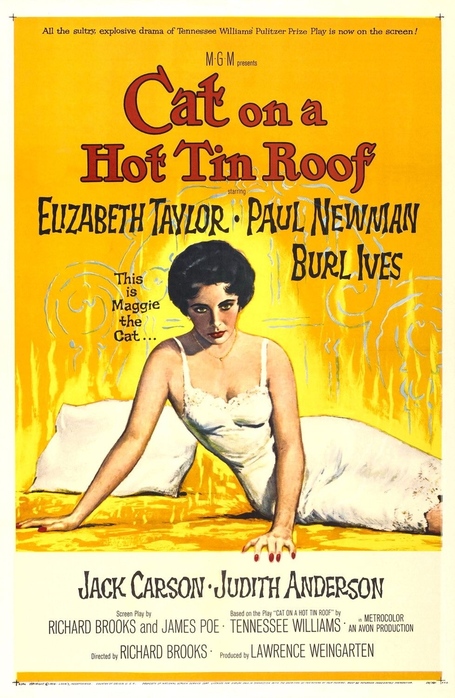 Cat On a Hot Tin Roof just oozes sex from its every pore. Tennessee Williams hated the adaptation of his play, and Paul Newman agreed, for its removal of overt homosexual themes thanks to the Hays Code. But here's the thing, since the filmmakers couldn't come at Brick's homosexuality in a straightforward matter, they come at it sideways, and only make oblique references to it throughout the film, which actually makes it work all the so much better. It's pretty easy to get the gist of why Paul Newman is not interested in Elizabeth Taylor in a negligee, throwing herself at him at every turn. We don't need a neon sign as the audience, we get it.

It's a great film about an old Mississippi family crumbling under the weight of the same things that bond them together. Big Daddy's cancer diagnosis and impending death only force the issue, and make people deal with the issues they politely ignore for most of their lives. It's got great writing and some of the best performances ever put on film, but I'd again argue that it's the limitations that make the film great. The Hays Code was an oppressive limitation, but talented people figured out a way to work around it. It forced them to be even more creative, and work on the themes of sexism and homophobia more subtly, making it more effective. Cats are nothing if not subtle.

Not a whole lot of weaknesses there. They also have nine pitchers in the pen with at least 7 innings pitched and an ERA under 3. Ole Miss' 2.19 team ERA is no illusion, as they entire staff has a 289/98 K/BB ratio, nearly 3 to 1. So the Rebels trot out a terrific starter every day, and if they get in trouble, they go to a deep, talented, and versatile pen. Can't wait.

They've also stolen 66 bases as a team. Ole Miss hits 309/375/423 as a team. They hit for average and for power. They draw a ton of walks. They can run the bases. Really, there's nothing this team can't do. On paper, this is the best team in the West. But for some reason, they haven't turned it into a bunch of wins. As good as their pitching is, their hitting is better.

Nola really, really needs to win tonight. I do think LSU's turnaround at the plate is real, but this is not the kind of team you want to play on the road. Nola gets LSU its opening night win as per the norm, then Ole Miss turns it on for two wins and the series. They have better pitching and hitting, plus they are at home. I see no logical reason to pick them to lose to LSU. Then again, look at my track record this year, so this prediction is great news for LSU.