No waffles for you.

After traveling to College Station last year, LSU gets a chance to host their old rivals but new conference-mates as the SEC schedule-makers surely wouldn't screw up something as simple as a home and home rotation... Wait, what?! Really? OK, we're off to the Land of No Waffle Houses again.

Man, the SEC is brutal. The Aggies are hovering just below 500, but they can score runs. This isn't a bad team by any stretch of the imagination, they just haven't quite been able to find that one big run of games to get them on the positive side of the ledger. 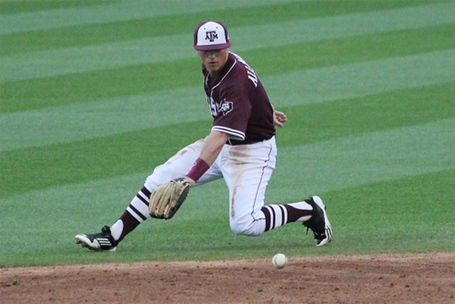 I'm not uniform junkie that PodKatt is, but that's pretty cool looking. First off, high stirrups are always a good thing, and I even like the stripes at the top of the socks. It' a good look. As a child of the 70s/80s, I'm also a gigantic sucker for the triangle cut on a baseball cap. OK, he needs to learn how to bend the brim like a normal person, but I guess we need to make some concessions to the modern age. That's a baseball uniform. Not surprising to see a tradition bound school like A&M get this right on occasion. 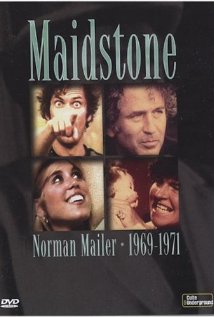 Rip Torn is an A&M alum, so I‘m going with one of his most famous moments in film. Maidstone is not much to write home about, it's a story about a film director running for president while dealing with his leech of a brother. However, the movie is notorious because Rip Torn is f'n crazy. He attacked the director and lead actor, Normal Mailer, hitting him on the head with a hammer and drawing blood. Torn was apparently upset with Mailer's direction. Understandably ticked off, Mailer attacked Torn and bit him in the ear. The two continued to fight while some brilliant guy kept the cameras rolling. Mailer kept the fight in the film, and you can hear his kids screaming the background and the two men calling each other by their real names, not their characters.

Lankford is the bigger bopper in the lineup, but he also demonstrates the value of taking a walk. He has the same BA as the other two hitting leaders, but gets on base much less because he's not a very patient hitter. Allemand is the opposite. There's almost no power there, but he gets on at a terrific clip because he is taking a free pass nearly one out of every five trips to the plate. There is some depth to the lineup as most of the A&M hitters know the value of a walk.

Another weekend in which a team concedes the Nola game. Since we're on the road, we should send Poche' out to the mound in the first after the Aggies have already started Ray. Then we can have a Mengden-Nola matchup on Saturday. Long's got the better ERA and gaudy record, but honestly, I like Mengden's peripheral stats better and think he's the bigger threat.

It's pedal to the metal time. A&M has a good team, but nothing that terrifies you. LSU absolutely needs a series win to keep pace with Ole Miss and their easier schedule down the stretch. Never pick a sweep against a decent SEC team playing at home, but should win this series. Given my record, this means we get swept.